Jason Price of Icon Vs. Icon recently conducted an interview with CINDERELLA frontman Tom Keifer. A couple of excerpts from the chat follow below.

Icon Vs. Icon: The last time we spoke, it was just before the release of [your debut solo album] “The Way Life Goes”. You covered a lot of miles and it has been a wild ride for you since the release. What impact has this album had on you personally and professionally?

Tom: It has been beyond my expectations in terms of many things. The way it has been received by the fans and the press and in reviews has been amazing. It has also brought some truly incredible people into my life. Being able to work with my wife, Savannah, in creating the album and now with her being part of the touring band has been a really, really cool thing. The band that came together for the tour has had a really, really great chemistry from day one. I thought I was going to have to audition for months because the record was created with session musicians. When it was time to release it and go on tour, I had to put together a band that could convincingly play the new stuff and the CINDERELLA stuff and be people who you want to be around! That was kind of a tall order. What is amazing is that the very first people who walked into the very first audition are the same people who are on this bus I am standing on as I talk to you. [Laughs] It feels like it was the band that was meant to be. The chemistry on and off stage has been really amazing and they are a really great inspiration to me. They are amazing musicians and people and we have just been having a ball. That is part of the reason we have continued to tour behind the record. As different as things are today, it takes awhile for the music to seep in. There isn’t one format or outlet that is going to take you platinum overnight. It is a very different climate. We are out, as our bass player Billy [Mercer] likes to say, taking the music to the people! [Laughs] You know, it is a pretty long tour cycle for a record but the record took forever to make and I feel very blessed to have this band and these people in my life. We are just having a good time out here.

Icon Vs. Icon: That is great to hear! As you mentioned, you are preparing a deluxe edition of “The Way Life Goes”. What has gone into the process of bringing it to life and what can we expect?

Tom: It is kind of a celebration of what I was just talking about, in terms of the really cool things the release of the record has brought to life and how life has expanded. What inspired it was a piece of artwork that was given to me as a gift from my tour manager. It was a collage of illustrations by an artist named David Calcano. He has done some artwork for RUSH and MR. BIG. He also created something called Fantoons. He is a pretty well-known artist and he is pretty amazing, actually. The collage was illustrations of members of my new band, illustrations that kind of brought some of the lyrics of the record and its songs to life and illustrations that depicted life situations. I remember opening it as I was sitting on the tour bus and looking at it. I was thinking, “Wow, life has really expanded since the release of this record.” It made me think about how fortunate I was to have this band and Savannah involved. Since the band came together, because of the chemistry, we have been talking about recording the band. There have been a couple of songs we have been wanting to record. We had also been talking about doing a documentary. When I opened this gift, Tammy Vega, who is a photographer and videographer who travels with us constantly, was sitting right next to me. She is amazing and we call her the eighth member of our band. She is a really talented girl. The wheels started turning and I thought, “This could be an album cover, what I am looking at here. Tammy could do this documentary. We could record the band and do the songs we have been wanting to record. We can tie all the things we have been talking about doing and let David repackage the record completely.” The artwork is completely new and David has done 20 pages of art for each song and it’s crazy. It is pulling all these people and things we have been wanting to do together and celebrates what we feel has been a really special couple of years that we have spent together out touring with this record. I think the fans are really going to like it. The tracks came out amazing. The artwork is amazing. The documentary not only covers a lot of stuff on the road that Tammy has filmed but she was also right in the studio with us when we were recording the bonus tracks with Vance Powell a couple of weeks ago in Nashville. She had cameras hidden around the studio and it is really an intimate inside look at the process. You are literally inside the vocal booth with me while we are doing takes! You see us around the console as we are talking about the playbacks. There are also a lot of interviews and it is really great.

Icon Vs. Icon: Can you tell us about the songs you and the band cooked up at this point?

Tom: We aren’t announcing what they are quite yet, but we will be shortly. The only thing I can say about them is that they are songs that came about as a direct result of the release of this record. They are something that came about as a result of this project and all the touring we have been doing. When we announce what they are, I think it is really going to make sense to fans. Some people have asked me, “Why aren’t you just making a new record?” Well, we are actually in the process of writing but the songs that we selected and intentionally went into the studio to record, a few weeks ago, are things that don’t really make sense for a new record. They make sense with “The Way Life Goes”. That will make sense when the deluxe version is released and everyone knows what it is.

Read the entire interview at Icon Vs. Icon. 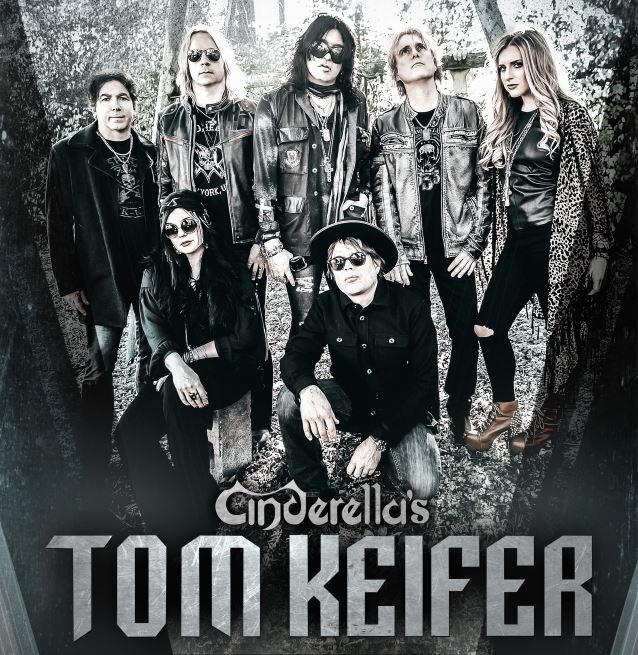