“Dust”, the third album from TREMONTI, the band led by CREED and ALTER BRIDGE guitarist Mark Tremonti, was released on April 29 via Fret 12.

Mark‘s audio track-by-track commentary detailing the songs that comprise “Dust” is available below.

TREMONTI released its second album, “Cauterize”, last June. “Cauterize” followed up TREMONTI‘s 2012 debut, “All I Was”, and was the first of two new albums that TREMONTI recorded.

Mark Tremonti told The Pulse Of Radio that both “Dust” and “Cauterize” feature the same level of quality material. “We went in there with the goal of recording twenty songs, and then when it came time to release the songs, I didn’t want to put thirteen songs on one record and then have seven B-sides,” he said. “I wanted all these songs to be thought of as songs that were meant to be on an album. None of these are throwaway songs. So we cut ’em into two ten-song albums that are kind of two dynamic records. If there was two chill songs, one would go on the first, one would go on the second and so on.”

Although VAN HALEN bassist Wolfgang Van Halen was part of TREMONTI‘s touring band in 2013 and played on “Dust” and “Cauterize”, he sat out TREMONTI‘s tour schedule because of commitments with VAN HALEN.

TREMONTI recruited Tanner Keegan to play bass on its most recent tour. 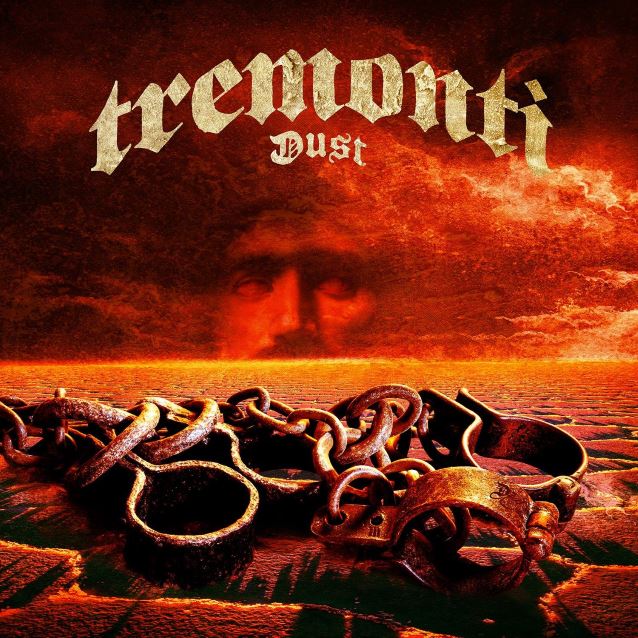