Fan-filmed video footage of Bobby Blotzer‘s new RATT performing on April 8 at Ace Of Spades in Sacramento, California can be seen below.

Said Blotzer in a statement: “Adding Robbie Crane back is naturally just like slipping into an old missed pair of spandex.”

Blotzer announced last September that he was taking control of the RATT name and hitting the road with a new version of the group, which played shows earlier that year under the name BOBBY BLOTZER’S RATT EXPERIENCE.

RATT guitarist Warren DeMartini later filed a lawsuit against Blotzer, claiming that the drummer was falsely advertising his “tribute band” as the real thing.

WBS, Inc., the company which manages the business and operations related to RATT, was originally formed by Blotzer, DeMartini and singer Stephen Pearcy. Pearcy lost his share of the name in court after splitting with the group in 2000. He returned to the band in 2006 but exited again in 2014. Blotzer has since expressed his desire to keep RATT alive with a new singer, but explained that DeMartini did not want to tour as RATT without Pearcy. 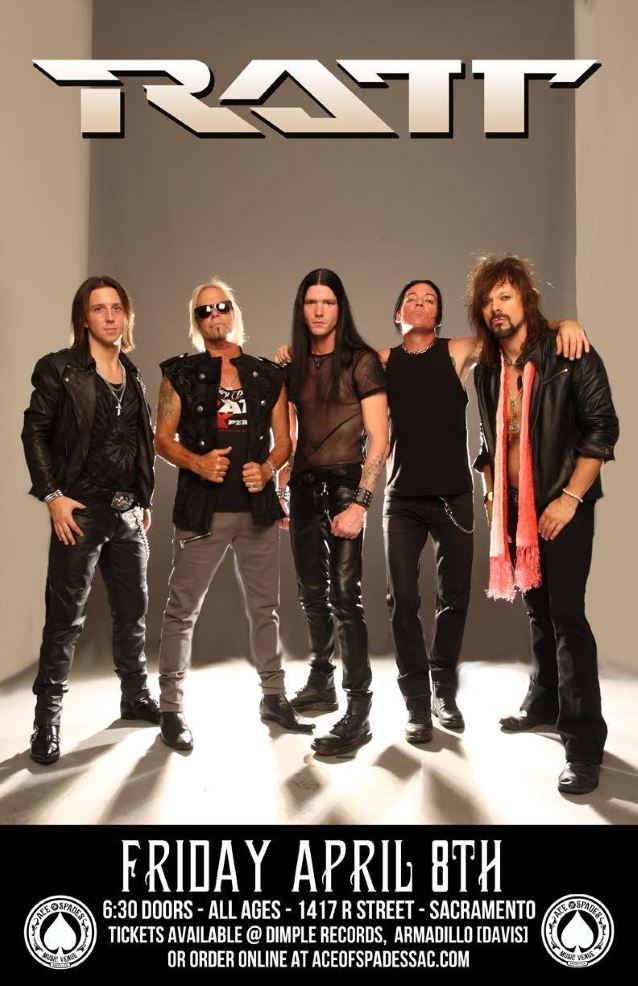