Former JUDAS PRIEST and ICED EARTH frontman Tim “Ripper” Owens was forced to cancel his scheduled appearance at Scotland’s only rock and metal festival after being denied entry to the United Kingdom earlier today (Thursday, June 23).

Owens‘s June 24 appearance at Wildfire was being billed as “an exclusive one-off U.K.” gig where he was supposed “perform tracks from the JUDAS PRIEST ‘Live In London’ album” as well as select cuts from both “Demolition” and “Jugulator”, the two studio albums he recorded with the band.

The festival organizers said in a statement: “It is with massive regret that we have to announce that Tim Owens will no longer be able to play tomorrow night’s show.

“We arrived at Glasgow Airport this morning as Tim took time out from his tour of the Ukraine to play for us at Wildfire. Unfortunately, U.K. border patrol will not let him into the U.K. at this point in time and although we are trying everything we are able, we have little say in changing the minds of such a powerful U.K. agency.

“Both Tim and Wildfire would like to offer our sincere apologies at this time.”

He continued: “You’ve gotta remember, JUDAS PRIEST always went with the times a little bit. Glenn [Tipton, guitar] started playing arpeggios. PANTERA was really big [at the time]. [On the] ‘Painkiller’ [tour], they toured with PANTERA; PANTERA opened for JUDAS PRIEST. ‘Painkiller’ was a heavy record, and this was a natural progression. The difference is I probably had a few more different layers to my voice that they could tap into — some deeper, death metal kind of undertones to do backups and some different types of voices that they might be able to try. But it was JUDAS PRIEST.” 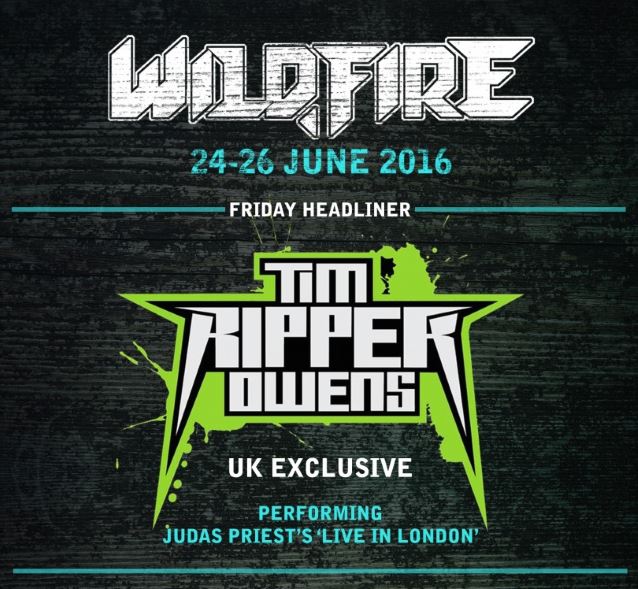