Fan-filmed video footage of KREATOR‘s June 3 performance at Metalhead Meeting at Arenele Romane in Bucharest, Romania can be seen below.

In early 2017, KREATOR will tour Europe in support of its upcoming, yet-untitled new record. Legendary guitarist/singer Mille Petrozza and his crew will be accompanied by a varied as well as iconic billing. Brazilian-American extreme metal pioneers SEPULTURA are announced to be direct support to the headliners, followed by visionary Swedish melodic death metallers SOILWORK and Belgium’s finest death/grind outfit ABORTED.

Commented Petrozza: “Finally we are gonna be back on a headlining tour through Europe again. It will be more than two years by then since our last run and we have some amazing ideas for a new stage show, supporting our new album. It will be nothing less than spectacular, I promise! Looking forward to see all of you metal maniacs in 2017. And this will just be the beginning…”

KREATOR is working on material for the follow-up to its 2012 album, “Phantom Antichrist”, for a tentative 2017 release.

“Phantom Antichrist” sold 3,900 copies in the United States in its first week of release. The CD landed at No. 1 on the Top New Artist Albums (Heatseekers) chart, which lists the best-selling albums by new and developing artists, defined as those who have never appeared in the Top 100 of The Billboard 200. 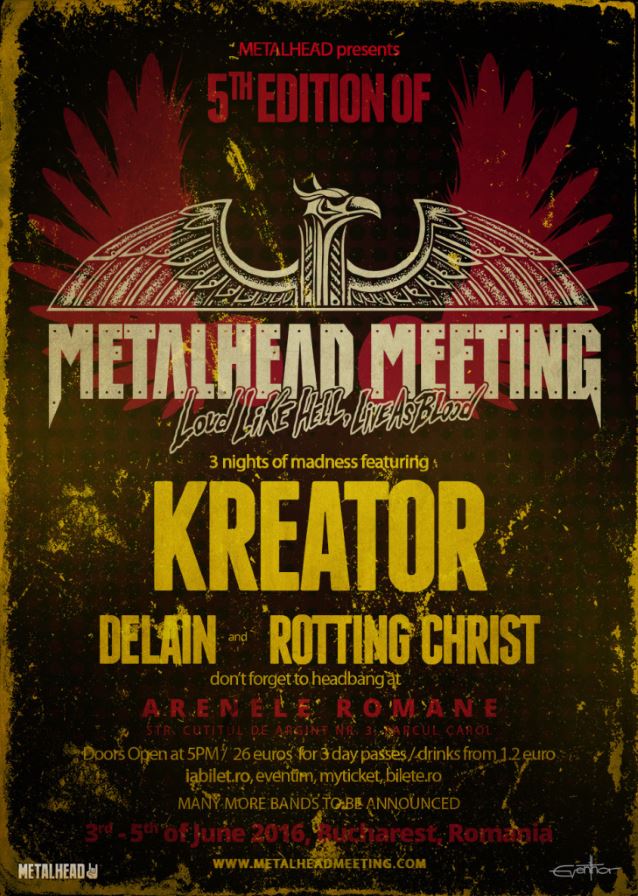