Fan-filmed video footage of LAST IN LINE‘s May 24 performance at Ramona Mainstage in Ramona, California can be seen below.

LAST IN LINE has recruited Phil Soussan (OZZY OSBOURNE, BEGGARS & THIEVES, Steve Lukather) to play bass for the group for its shows this spring. Also joining them at the dates is virtuoso keyboardist Erik Norlander (Lana Lane).

Soussan made his live debut with LAST IN LINE on April 14 at Count’s Vamp’d Rock Bar & Grill in Las Vegas, Nevada.

Appice and Soussan had done a number of shows together as members of the all-star jam band BIG NOIZE.

Original LAST IN LINE bassist Jimmy Bain passed away in late January at the age of 68. He was reportedly suffering from lung cancer at the time of his death.

LAST IN LINE‘s debut album, “Heavy Crown”, was released on February 19, 2016 via Frontiers Music Srl. The CD was recorded at a Santa Clarita, California studio with producer Jeff Pilson, a veteran bassist who has played with DIO, FOREIGNER, DOKKEN and T&N, among others.

In a recent interview with Glide Magazine, Vivian stated about LAST IN LINE‘s future: “I honestly don’t know. We’re not in a position where we have to make that decision yet, fortunately, because we only have this opportunity to do these handful of shows. It would have been wrong to just go out on tour a month after Jimmy died with some guy playing bass. That would have been very disrespectful. So we’re just trying to find the right balance now between doing nothing and giving up and doing something to help this record and consequently further Jimmy‘s memory, ’cause Jimmy really believed in this record and this band. In fact, so much so, last year Jimmy got a LAST IN LINE tattoo on his arm. When he died, it was the only tattoo on his body, the LAST IN LINE logo. He believed in this project so much and he was so involved creatively in this record, and it is a great record and a great bookend to his career.

“Like I said, we’re fortunate we don’t have to make that decision yet. We’re just going to do these handful of shows and then I’m on tour with LEPPARD until mid-October. So if anything does happen further with LAST IN LINE, it wouldn’t happen before the end of the year. So we have a lot of time to think about it and I guess, more than anything else, our decision on our future would be determined by what happens with the record. And so far it’s very encouraging, the reviews and the responses have been tremendous. With that in mind, and if it continues that way, if there’s enough of a desire for people to hear us play, then we probably would.” 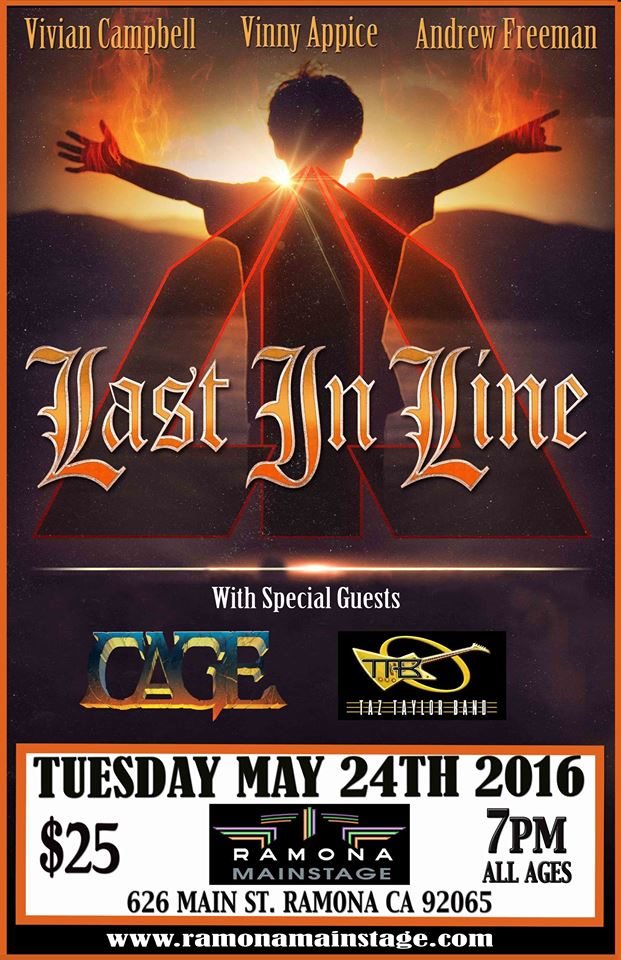