Fan-filmed video footage of BLACK SABBATH‘s June 19 performance at Hellfest in Clisson, France can be seen below.

BLACK SABBATH has announced that it will play its last show ever in the U.S. on November 12 at AT&T Center in San Antonio, Texas. The gig will take place nearly five years to the day that the legendary act announced their reunion.

San Antonio is also home of the Alamo which is a significant place in Ozzy Osbourne‘s legend since he was arrested for public urination and intoxication at the landmark in February 1982. He revisited it and apologized, again, for his upcoming series on History.

The group has also added two more headlining shows to its North American trek, on November 8 at the BOK Center in Tulsa, Oklahoma and November 10 at Toyota Center in Houston, Texas.

These dates and the previously announced headlining slot at at the Ozzfest Meets Knotfest weekend event on Saturday, September 24 in San Bernardino, California come at the end of the band’s North American tour, which kicks off on August 17 in Wantagh, New York.

SABBATH is currently on tour in Europe for a mix of summer headlining and festival performances. They will make their final visits to Mexico and South America at the end of the year as they wind down their farewell tour.

Bassist Geezer Butler told The Pulse Of Radio that it’s a melancholy feeling visiting some countries for the last time. “It’s sad, especially when we’re in Australia or New Zealand, I was just thinking, ‘I’m never gonna come to these places ever again,'” he said. “It’s too far to go on holiday. But yeah, it is sad. It’s like, you enjoy it.”

SABBATH will bring its storied career to a close in the band’s native England, with seven shows booked there in January and February. The last two, on February 2 and February 4, will take place in SABBATH‘s hometown of Birmingham and will likely be their final shows.

The original lineup of SABBATH came together in 1969 with Ozzy Osbourne on vocals, Tony Iommi on guitar, Butler on bass and Bill Ward on drums. That lineup recorded and toured through 1978, and periodically reformed through the ’90s and 2000s for live work.

They regrouped again in late 2011 for a new album and tour, although Ward dropped out after just a few months. The remaining trio issued the “13” album in 2013 and backed it with a successful world tour — despite Iommi being treated for lymphoma since 2012. 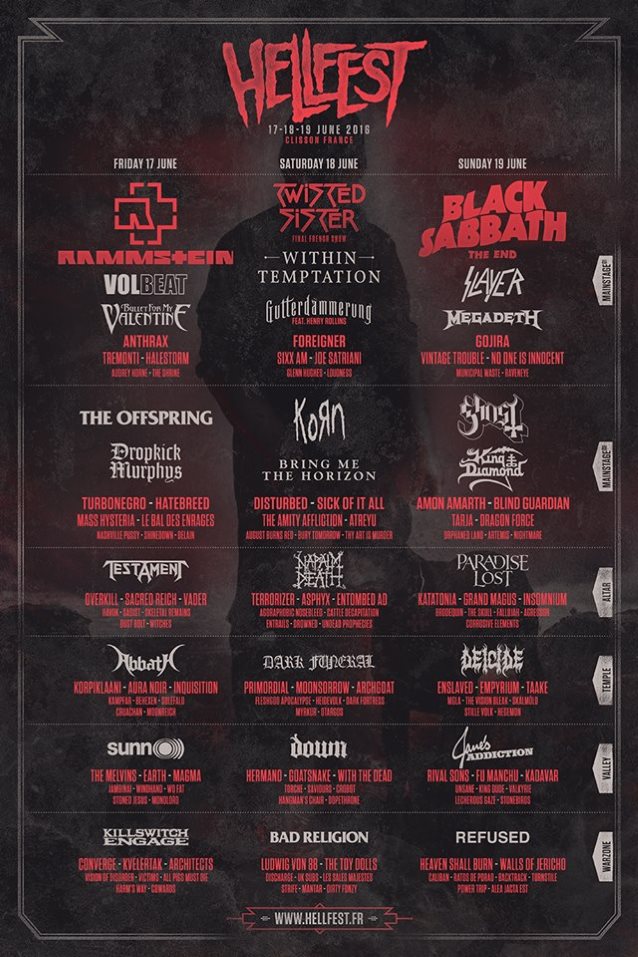