Heavy Metal Greg has uploaded video footage of DEFTONES‘ entire August 24 performance at The Greek Theatre in Los Angeles, California. Check out the video below.

DEFTONES is continuing to tour in support of its latest album, “Gore”, which debuted at No. 2 on The Billboard 200, having shifted 71,000 equivalent album units in the week ending April 14. It was the band’s highest-charting effort since their self-titled fourth album bowed and peaked at No. 2 in 2003.

DEFTONES singer Chino Moreno told U.K.’s Kerrang! magazine about the new album title: “If you look at the title and the artwork, it’s about a juxtaposition that, for me, is very beautiful.

“I think DEFTONES have always flirted with dynamic and that yin-and-yang of things that are provocative and things that are beautiful. Where our last two album titles were a lot more optimistic, I think this title is intentionally different. This record is very different.

“I feel like ‘Diamond Eyes’ and ‘Koi No Yokan’ were brother-sister records in a lot of ways. They were both recording in the same way. And even though it was a tough few years we went through while making those records, I think it was important to have their optimistic outlook.”

Moreno also spoke in more detail about the making of “Gore”. He said: “We recorded this record in a different way. I’m not saying we went in with any preconceived ideas as such, but I do think we went in knowing that we wanted to make this record a little different from the last two. And I feel, definitely, like we did that. It’s still a DEFTONES record — we didn’t really have any new influences that changed that — but it’s an expansion of what we were comfortable with. And it’s important to get out of your comfort zone sometimes witch the music — just to be excited. It’s got a different look. A different shade of color. I’d say some shade of purple. I don’t know why, but I think it sits somewhere between pink, red and purple. Sometimes when I hear music, I see color, and when it came time to work on the artwork for this batch of songs, I knew exactly what I wanted.” 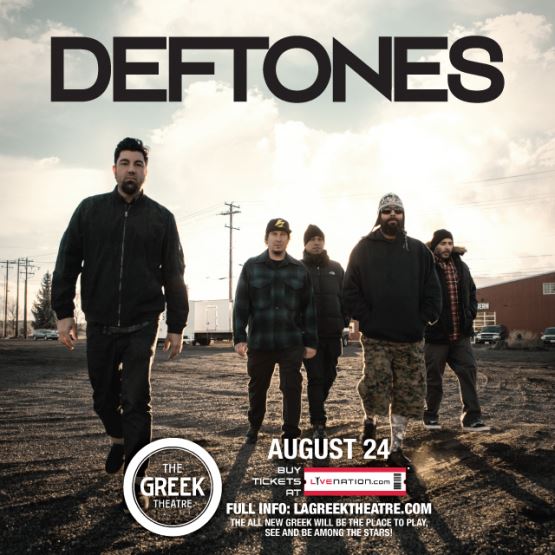