ICE-T: BODY COUNT Gets Props From All The 'Top-Shelf Motherf**kers In The Game'

Joe Daly recently conducted an interview with BODY COUNT frontman, hip-hop legend, actor and director Ice-T. A couple of excerpts from the chat follow below.

Ice-T: “Everything! One of my mottoes is that it’s no time for anything soft. When you do an album, you always want to get better. With metal, you’ve gotta go harder! That’s how you make it better! [Laughs] Another thing is that our whole career, we’ve had everybody in metal support us, from the guys in SLAYER to LAMB OF GOD to Henry Rollins back in the day… Everybody we respected loved us, but we never answered their phone calls. We never said, ‘Hey, got some ideas? Let’s jam.’ So this time, we just said that we were going to put everybody on our lines on the record. Some people sent us tracks and we used that material as a starting point for writing. It all ends up better like that. Why not take advantage when you have all of these great, talented friends?”

Joe Daly: Is it safe to say that throughout your career, you’ve felt the support of the metal community around BODY COUNT.

Ice-T: “Absolutely. The ones I give a fuck about, anyway. I’m sure that there are some metal people that don’t like us and that don’t care for us, but we got respect from everybody who I respected. We toured with METALLICA, Dave Mustaine [MEGADETH] is on the album, Max Cavalera [SOULFLY, SEPULTURA]… These are guys who I give a fuck about and these are really the top-shelf motherfuckers in the game. Whether it’s Jamey [Jasta] from HATEBREED, these are the people who set the bar, as far as I’m concerned. You go into death metal… I’ve fucked with Chris Barnes, I’ve fucked with the guys from CANNIBAL CORPSE. The people I give a fuck about like us and that’s all that matters. I feel the same way about hip-hop; all the rappers don’t need to like me, just the dope ones. [Laughs] Shit, think about it — you want your hat tips coming from the bosses. We respect them and they really respect us. You know, it’s one thing to say ‘I like you,’ but it’s another thing to say, ‘I’ll be on your record.’ The first voice on the record is Dave [Mustaine]. When you play ‘Civil War’, he comes on talking shit and I don’t think he’s done that for anyone else. We’re very happy to be in the metal community and to be accepted. We’ve been around for twenty years and I think motherfuckers realize we ain’t going away. And whenever we play, like on tour, that fucking stage is packed with the bands we’re playing with who want to come out and see what the fuck we’re doing. So we get the props from who we want ’em from and God bless ’em. Thank you.”

“Bloodlust” will be released on March 31 via Century Media Records. The disc was recorded with producer Will Putney (MISS MAY I, UPON A BURNING BODY), who also helmed 2014’s “Manslaughter”. The new CD features guest appearances by Cavalera, Mustaine and LAMB OF GOD frontman Randy Blythe. The effort also contains BODY COUNT‘s medley of the SLAYER songs “Postmortem” and “Raining Blood”. 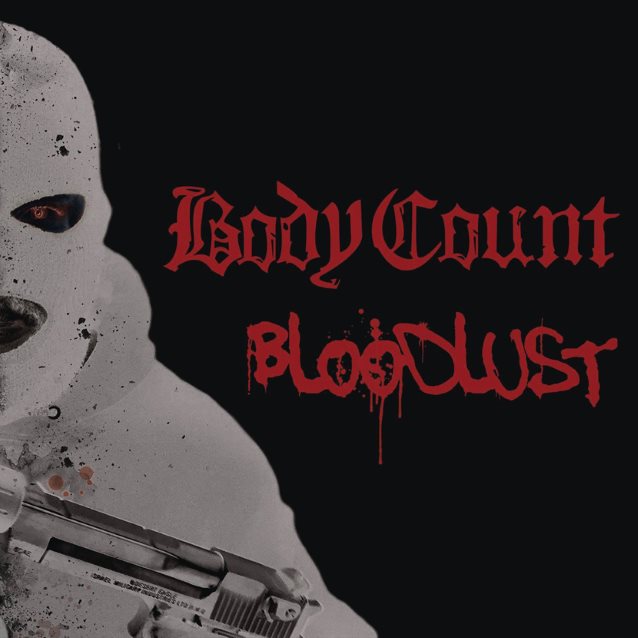 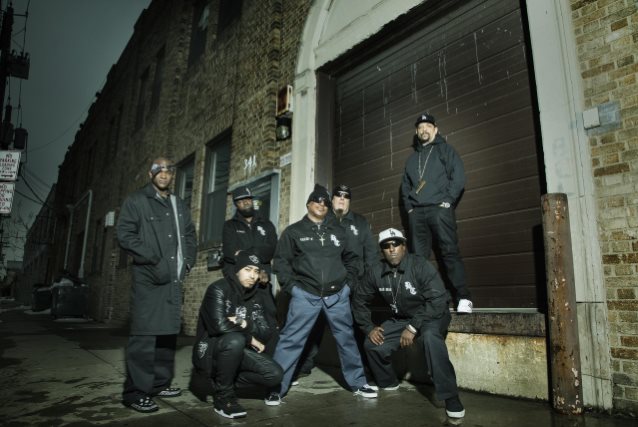