METALLICA: Pro-Shot Footage Of 'Whiskey In The Jar' Performance From Minneapolis

Professionally filmed video footage of METALLICA performing the famous Irish traditional song “Whiskey In The Jar” (popularized by THIN LIZZY in the ’70s) on August 20, 2016 at the U.S. Bank Stadium in Minneapolis, Minnesota can be seen below.

METALLICA has announced the European leg of its “WorldWired” tour in support of the band’s new album, “Hardwired… To Self-Destruct”. The trek kicks off with two shows in Amsterdam at the Ziggo Dome on September 4 and September 6. Norway’s KVELERTAK will be support for the tour run.

The North American leg of the “WorldWired” 2017 tour kicks off on May 10 in Baltimore, Maryland and will hit stadiums in 25 cities before winding down in mid-August. Support on the quartet’s first North American trek since 2009 will come mainly from AVENGED SEVENFOLD and VOLBEAT, with GOJIRA taking over for the latter group for the last six shows.

METALLICA frontman James Hetfield recently said on the Nerdist podcast that the band will cap its live schedule starting in 2017 at around fifty shows a year. He explained: “My body has told me to tell these guys that fifty shows a year is kind of what we can do, so make the best of those.”

“Hardwired… To Self-Destruct”, METALLICA‘s first all-new studio effort in eight years, went to No. 1 in 58 countries, including the U.S., where it topped The Billboard 200 album chart. 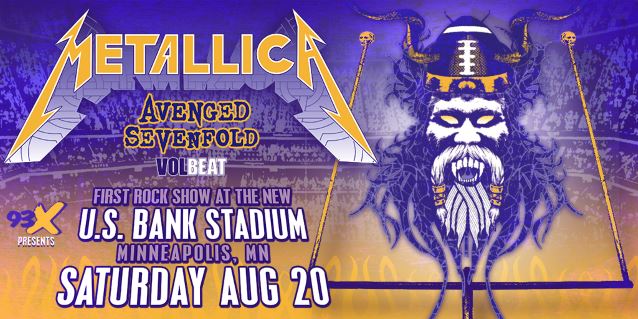