EYEHATEGOD Back On Stage With MIKE WILLIAMS: Video Of Entire Philadelphia Concert

EYEHATEGOD frontman Mike IX Williams made his triumphant return to the stage this weekend following a successful liver transplant this past December. Williams, who hadn’t performed live in a year, made his 2017 stage debut on April 14 at this year’s Berserker Fest in Pontiac, Michigan. From there, the band hit Philadelphia, Pennsylvania for a performance last night (April 15) at First Unitarian Church.

Fan-filmed video footage of the entire Philadelphia concert can be seen below.

Williams recently said it was “totally strange” seeing Philip Anselmo (PANTERA, DOWN) and Randy Blythe (LAMB OF GOD) sing for EYEHATEGOD while he recovered from his liver transplant.

He underwent the successful surgery last year after fans pledged more than $50,000 thanks to a crowdfunding drive.

Williams told Clrvynt: “The idea to get Philip to sing was my idea, and the idea to get Randy was also mine. I didn’t want to cancel that DISCHARGE tour.

“This is my band, and whether I’m there or not, I want to do it. It’s always gonna be part of me. So, when I found out I was absolutely too sick, we had already had Philip do some shows, so we got Randy to do some others.

“I just didn’t want to cancel and let down more people. They at least got to see EYEHATEGOD, even if it was a different version of the band.”

He continued: “It’s just another part of this situation. Shit happens. I just wanted the band to go on.

“It was crazy to watch — totally strange to watch somebody in my spot onstage — but it’s another part of the game and another chapter in this weird band that I’m in. It’s life.”

EYEHATEGOD continues to deafen the masses in support of its self-titled LP which dropped in 2014 via Housecore Records, breaking the band’s decade-and-a-half gap since their prior full-length and marking the most successful release of the band’s storied history.

Having helped define the “NOLA sound” with their signature down-tuned, blues-inflected guitars awash in furious distortion, underpinning the tormented screams of Mike IX Williams over a thundering rhythm section, EYEHATEGOD re-emerged stronger and more determined than ever before.

EYEHATEGOD personifies desperation and addiction in the various backwaters of forgotten America, punctuated by the “N’awlins” sound of rebellion and pollution resulting in triumph over adversity.

The band will be celebrating its thirtieth anniversary next year. Stay tuned for special releases to be announced in the future. 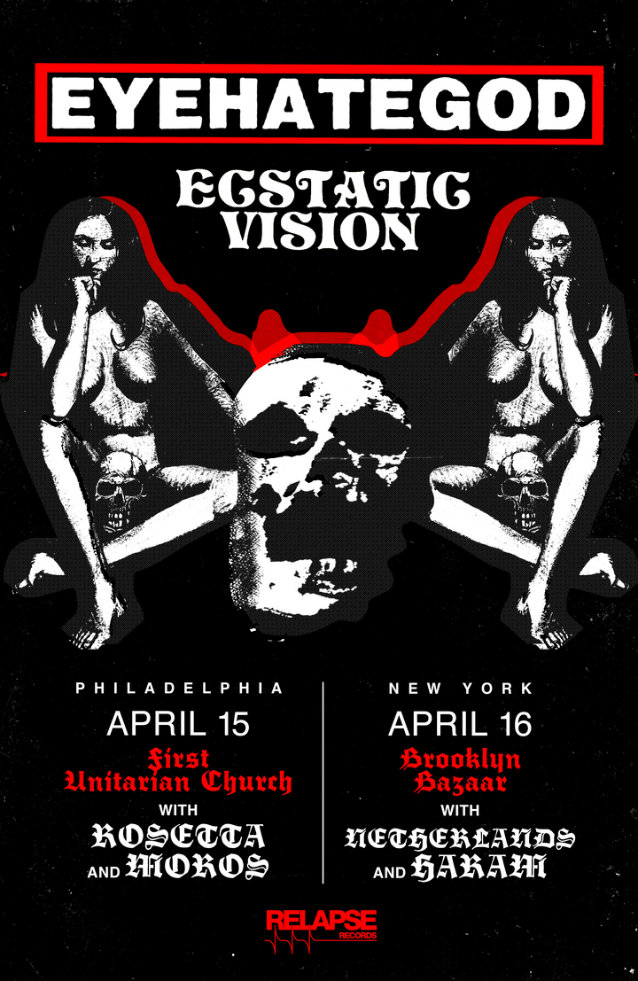