William Tolley, founding drummer of Long Island, New York death metallers INTERNAL BLEEDING and a veteran firefighter, died this afternoon (Thursday, April 20) after falling five stories to his death from the roof of an apartment building in the Ridgewood section of Queens, New York.

Tolley, who was responding to an apartment fire three floors below, was pronounced dead a short time later at the Wyckoff Heights Medical Center.

According to CBS2, the fire had been brought under control when Tolley misstepped while moving between the roof and the bucket at the end of a five-story ladder.

The 42-year-old is survived by his wife Marie and their 8-year-old daughter Bella.

New York mayor Bill De Blasio paid tribute to Tolley on Facebook, calling the senior firefighter “a hero” who was “dedicated to protecting others.” The mayor added: “He gave his life to this work… He made the ultimate sacrifice.”

INTERNAL BLEEDING reposted De Blasio‘s tribute and added the following statement: “Our drummer, the heartbeat of the band, William Tolley died today. There are ZERO WORDS to describe the loss. He was a good, decent and honorable man who loved his friends, his family and the people he served. There will never be another like him. There are no words to describe the utter sadness and despair we feel right now. We love you Bill.”

Tolley started playing drums at the age of 8, and continued to play even after joining the FDNY.

“When I am not drumming, I work at the Fire Department,” he said in a 2013 interview, according to the Daily News. “When I am not working, I also watch my 4-year-old. I am a family guy. I love spending time with my wife and daughter, doing all sorts of fun stuff together.”

I'm very sorry to report tragedy has struck our city. Today we lost a hero of the New York City Fire Department (FDNY)…. 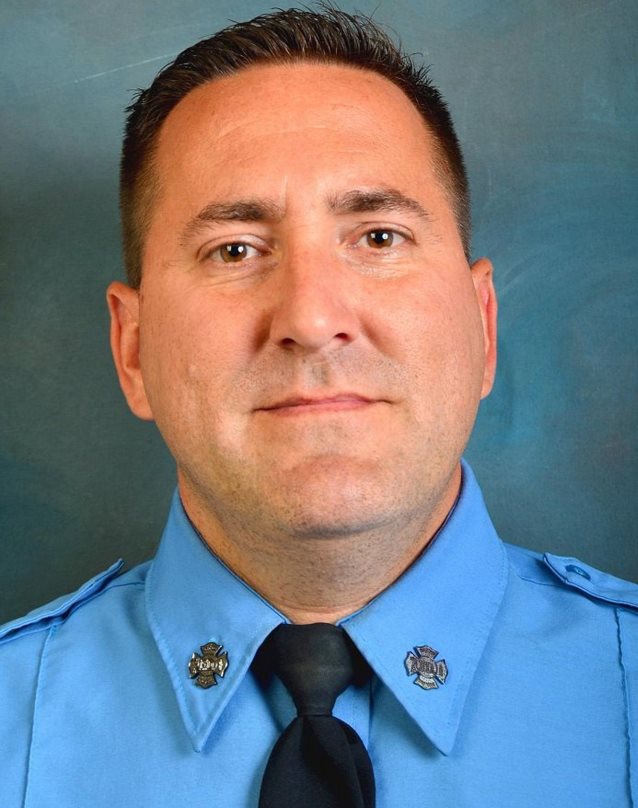