METALLICA bassist Robert Trujillo joined KORN and his 12-year-old son Tye on stage last night (Saturday, April 29) at the Vivo X el Rock festival in Lima, Peru to perform the KORN classic “Blind”. Video footage of his appearance can be seen below.

Tye played bass for KORN during the band’s South American tour after the group’s’s regular bassist, Reginald “Fieldy” Arvizu, was unable to make the shows due to “unforeseen circumstances.”

Fieldy will rejoin his KORN bandmates at the Carolina Rebellion festival on May 6.

KORN guitarist James “Munky” Shaffer told NME about the band’s collaboration with Tye: “He knows, like, seventeen, eighteen KORN songs, and he knows them really well — it’s crazy. All the stops, and the breaks… It’s crazy to see somebody that young so talented. He’s gonna be a professional musician, and to know that at that early of an age is just inspiring.”

Speaking of how the union came about, Munky said: “There was a moment when a couple of the guys from METALLICA and Jonathan [Davis, KORN vocalist] and Fieldy kinda bumped into each other in some airline lounge, and Robert was, like, ‘Hey, have you checked out my son playing bass?!’ They were watching some videos and Jonathan and Fieldy were, like, ‘Woah, he’s so good!’ When we found out Fieldy wasn’t gonna be able to come on this trip with us, he suggested Tye. It’s not just some replacement — this is the DNA of Robert Trujillo, one of the greatest bass players on the planet! You can see it — it’s crazy how much you see his dad in him.”

Robert Trujillo told Brazil’s Globo Play about Tye: “I never forced him on music. I always felt that if he wanted to embrace an instrument, great; I’d try to help him with it. So initially, at first, it was drums. And then around that same time, when he was one, he had a little plastic guitar, and he would play it all the time, just strumming it — always strumming it everywhere, to the point where the plastic was worn down.”

He continued: “It’s a beautiful thing, ’cause he’s still a 12-year-old, and he still acts wild and crazy, as a twelve-year-old should, but when it comes to music, he’s very focused. And with KORN, it’s funny, because I haven’t shown him anything at all for the KORN stuff — I’ve been too busy and I’ve been out of town a lot — and he’s taking this opportunity very serious.”

Robert Trujillo previously told the Huffington Post that Tye was “an amazing bass player and a really great writer. The bass lines that he’s writing and the riffs, I’m like, ‘Man, I wish I had written that.’ He’s coming up with stuff on his own, but he’s also been influenced by players like Jaco Pastorius, but also Miles Davis or BLACK SABBATH or LED ZEPPELIN.”

Trujillo added: “He’s like a sponge. He loves funk. He loves James Brown, he’s this little 12-year-old who’s soaking up and embracing all this different music and I can tell that it’s helping him creatively in what he’s writing with his band.”

Tye‘s own band, THE HELMETS, counts TOOL, ALICE IN CHAINS and METALLICA among their influences. Tye told Billboard last year, “We hate pop, we despise it. It’s all the same sound.” 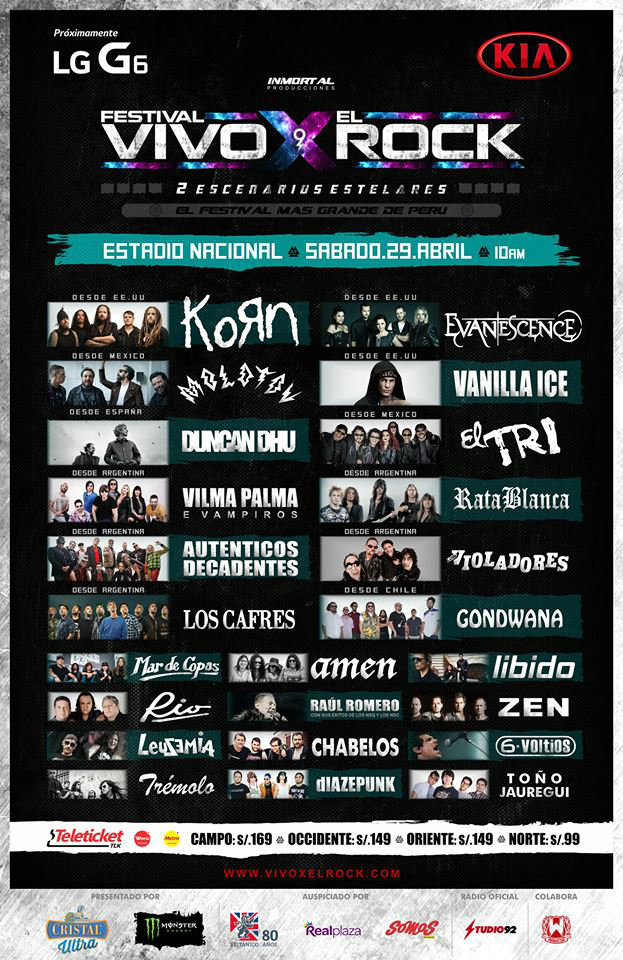