METALLICA guitarist Kirk Hammett has once again defended “Lulu”, the band’s controversial collaborative disc with Lou Reed, calling it “one of the most important albums” he has ever been a part of.

“Lulu” polarized fans around the world and earned METALLICA some of the most scathing reviews of its career. The effort featured the late THE VELVET UNDERGROUND frontman’s spoken-word poetry and lyrics combined with METALLICA‘s musical assault for a jarring experience that didn’t sound like anything METALLICA had ever attempted before.

More than five years since its release, “Lulu” has only sold around 35,000 copies in the United States, according to Nielsen SoundScan.

Speaking to Chile’s HumoNegro.com, Kirk said about “Lulu” (see video below): “I think it’s one of the best things we’ve ever done. I mean, you can kind of call it a METALLICA album, but it’s not really a METALLICA album. I think that’s part of the reason why it’s so misunderstood. People were thinking it was gonna be an album of heavy metal songs with Lou Reed, but no — it was a collaboration. It was our two musical entities coming together to build something fresh and new and unique. And the fact that it turned out so unique was, I think, a huge success. And I love it. I still listen to it. I miss Lou; it’s a shame that he’s not with us anymore. But in retrospect, that’s one of the most important albums, I think, I’ve been a part of in my life. So that’s how I feel about it.”

In a 2012 interview with Spin, METALLICA drummer Lars Ulrich admitted that the band was caught off guard by the vehement reaction to “Lulu”, saying, “It was more spiteful than anyone was prepared for. Especially against Lou. He is such a sweet man. But when METALLICA do impulsive riffing and Lou Reed is reciting abstract poetry about German bohemians from 150 years ago, it can be difficult to embrace.”

Asked whether the band had second thoughts over some of Reed‘s lyrics, like “I swallow your sharpest cutter / Like a colored man’s dick,” Ulrich said, “I understand that to some 13-year-old in Cape Girardeau, Missouri, it can all seem a little cringe-worthy, but to someone raised in an art community in Copenhagen in the late ’60s, that was expected.”

The collaboration between METALLICA and Reed was sparked by their performance together of Reed‘s “Sweet Jane” and “White Light/White Heat” at the 25th anniversary of the Rock And Roll Hall Of Fame at Madison Square Garden in October of 2009.

The songs were all written by Reed with extensive arrangement contributions by METALLICA.

Only two songs on the album are under five minutes in length, while two are more than 11 minutes long and the closing cut, “Junior Dad”, clocks in at 19 minutes.

Reed died in October 2013 at the age of 71, five months after he had a life-saving liver transplant, according to his wife, Laurie Anderson. 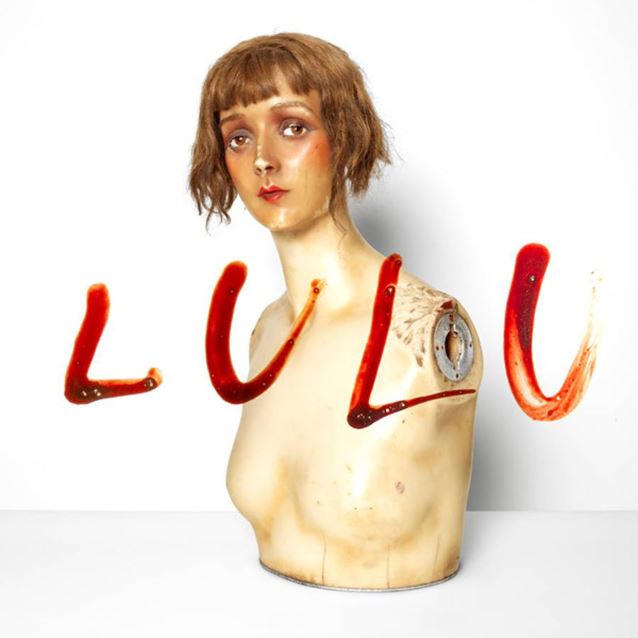 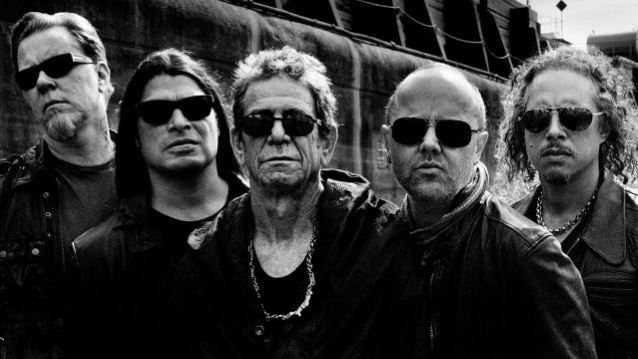