Video: MICHAEL MONROE Performs New Song 'One Foot Out Of The Grave' On 'The Voice Of Finland'

Video footage of former HANOI ROCKS frontman Michael Monroe performing a new song called “One Foot Out Of The Grave” on the Finnish reality singing competition “The Voice Of Finland” can be seen below.

Playing bass in Monroe‘s backing band for “The Voice” performance was Swedish musician and BACKYARD BABIES guitarist/vocalist Dregen, who left Monroe‘s solo band in 2014 to focus on a solo career. Dregen was filling in for Monroe‘s regular bassist Sami Yaffa, who was in Bali shooting the television series “Sound Tracker”.

Released as a single on April 7, “One Foot Out Of The Grave” is one of five bonus tracks that will be included on Monroe‘s best-of compilation album, “Michael Monroe – The Best”, which will be released before the summer to celebrate the thirtieth anniversary of his debut solo album, “Nights Are So Long”. There will also be a “very significant” cut featuring an as-yet-undisclosed “big-name” guest.

Monroe revealed the first details of the upcoming compilation during an interview with “Star Radio Rock Show With Neil Jones”. Asked if he has already begun work on material for the follow-up to his last solo album, 2015’s “Blackout States”, the Finnish singer said: “We’ve already got a bunch of stuff. Right now we’ve got at least half an album of really strong stuff.

“Right now we’re in the middle of labels, actually,” he continued. “Well, I’m releasing a compilation of… It’s been thirty years now since my first solo album, ‘Nights Are So Long’, came out, so it’s like a thirty-year-anniversary kind of year. So we’re releasing a best-of of all these years of all my solo albums. It’s twenty-six songs, including the last three, and there’s five bonus tracks, including a new single called ‘One Foot Out Of The Grave’, which is also included. There’s five bonus tracks, previously unreleased, and one of them is very significant. I can’t reveal yet, but there’s a big name playing on one of them, so it’ll be a nice surprise.”

Asked in a January 2016 interview with Ytsejam if he ever felt like he was unfairly coined within the hair metal scene, Monroe said: “First of all, I never felt like I was part of that hair metal scene, I was blamed for it. I got blamed for it a lot. I said don’t blame me. I didn’t do that, I couldn’t relate to a lot of that stuff. Those guys were into posing; sex drugs, rock and roll stuff. They guys were so wacky; partying, chicks and booze that always seemed more important to the music. To me, it was always about music and the attitude. HANOI ROCKS was always more about punk. I think any words such as glam, punk, or grunge or whatever, as soon as something has a name, it’s over. The cool thing about HANOI ROCKS is that it defied all categories. Nobody could categorize us because we played everything from punk to calypso. I think, okay, what do you call AEROSMITH? Are they a rock band? I never liked being put into categories. The hair metal thing was ridiculous. Most of those bands played their hairspray cans better than they did their actual instruments. That was why I was almost embarrassed to say I was a rock singer.” 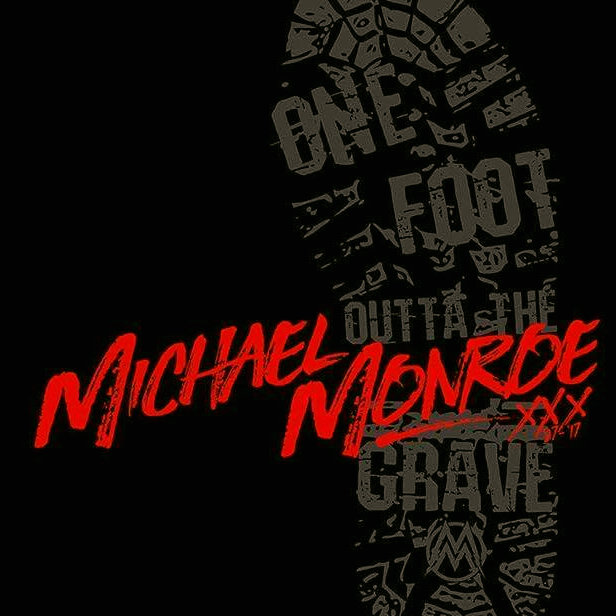 Video: MICHAEL MONROE Performs New Song 'One Foot Out Of The Grave' On 'The Voice Of Finland'
Tagged on: HRRL
tom lats April 15, 2017April 15, 2017 Rock News No Comments