Video footage of reactivated San Francisco Bay Area metallers SKINLAB performing on April 7 at The Boardwalk in Orangevale, Californai can be seen below (courtesy of Capital Chaos TV).

SKINLAB will hit the road this summer, following up a string of spring West Coast dates celebrating the 20th anniversary of their debut album, “Bound, Gagged And Blindfolded”. The East Coast run of shows will kick off on May 31 in Boston, Massachusetts and will feature support from PRODUCT OF HATE (Napalm Records) and IKILLYA (Urban Yeti).

Formed in 1994, SKINLAB has released four studio albums: 1997’s “Bound, Gagged And Blindfolded”, 1999’s “Disembody: The New Flesh”, 2002’s “ReVolting Room” and 2009’s “The Scars Between Us”. The band is currently working on new material for 2017 and beyond, with updates frequently posted on Facebook.

With PRODUCT OF HATE, IKILLYA:

Wendt will be unable to play the SKINLAB East Coast shows due to scheduling conflicts. A replacement guitarist for those dates has not yet been announced.

“Bound, Gagged And Blindfolded” was reissued in October 2007 via Century Media Records. The repackaged disc featured never-before-seen video footage and pictures with liner notes from Esquivel and Roberts along with new artwork layout.

SKINLAB has played sporadic shows in the last few years but hasn’t released any new music since 2009’s “The Scars Between Us” album.

The band has had different lineups throughout its history, with Esquivel as the only mainstay.

In a 2011 interview with Thrash Magazine, Esquivel stated about SKINLAB‘s sound: “Everyone said we were too death metal on ‘Bound, Gagged And Blindfolded’, which we didn’t agree with. We’ve never really fit into any one genre. We’re definitely not nu metal, which a lot of people think, and we’re definitely not metalcore. We just write what feels good to us without losing the sound of SKINLAB. Everyone has their own opinion and interpretation on what genre we fall into.” 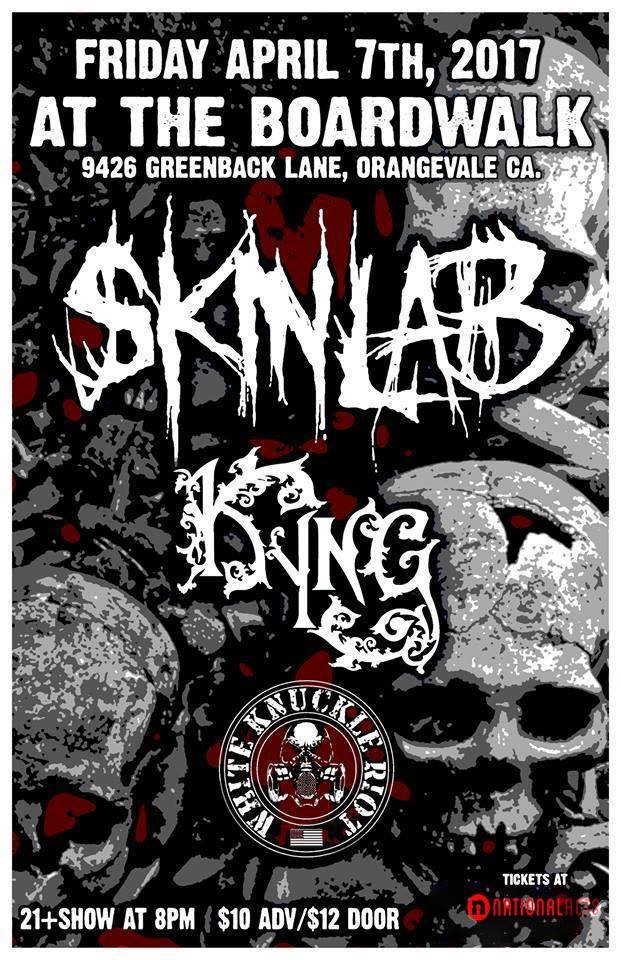