Quality multi-camera video footage of BATTLE BEAST performing the song “Black Ninja” on April 29 at the Token Lounge in Westland, Michigan can be seen below (video produced by George S Pogacich).

BATTLE BEAST‘s fourth album, “Bringer Of Pain”, was released on February 17 via Nuclear Blast Records. The ten-track disc was recorded and produced at JKB Studios by keyboardist Janne Björkroth, was mixed by Björkroth alongside Viktor Gullichsen and Mikko Karmila, and was mastered by Mika Jussila at Finnvox Studios. The cover artwork was crafted by Jan Yrlund.

“Bringer Of Pain” is BATTLE BEAST‘s first album to feature guitarist Joona Björkroth, who joined the band in 2015.

BATTLE BEAST in February 2015 parted ways with lead guitarist and main songwriter Anton Kabanen due to “insurmountable disagreements” with the other members of the band.

Speaking to Metalholic, BATTLE BEAST vocalist Noora Louhimo stated about the writing process for “Bringer Of Pain”: “You always have the pressure on to write good music and do a good album, but now we had extra pressure because people had their suspicions. People were already judging us that, ‘They’re not going to make it. They’re not going to make as good music.’ But as you can hear, yes we can! [Laughs] So, yes, it was a nerve-breaking, but still a very rewarding process to do this new album. For me personally, this was such a great experience. I learned so much about the other guys; the other band members. We got Joona to be part of this BATTLE BEAST family and now I’m just full of excitement. I can’t wait to get on the road and bring the pain!”

Asked how she thinks having six songwriters instead of one impacts the sound and dynamic of the band, Noora said: “We all learned a lot from each other, how we want to work together. There are so many different ways to write songs. For example, Janne likes to write songs by himself and bring them to the table when they are almost final. I like to do solo also, but I like co-writing also. With Joona, we have a similar wave we are on, and we have a really good work ethic, and a good friendship also. So it’s very easy to work with him. I did write some demos with Eero, our bass player, and our other guitar player Jusso, and it was fun also. I think through these next years, we are going to find new ways, and the best ways, for BATTLE BEAST to produce music.” 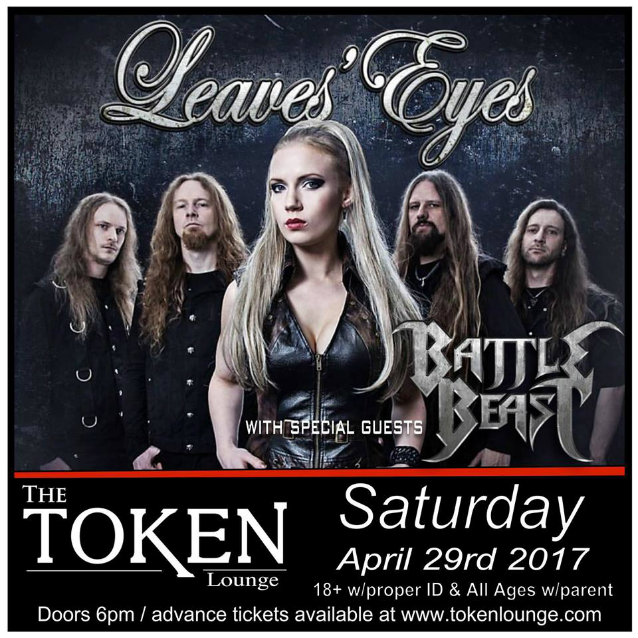