SLIPKNOT and STONE SOUR singer Corey Taylor was interviewed on the May 19-21 edition of Full Metal Jackie‘s nationally syndicated radio show. You can now listen to the chat using the Podbean widget below. A few excerpts follow.

Full Metal Jackie: Let’s talk about the STONE SOUR album that’s gonna be coming out this summer, which is called “Hydrograd”. I’ve seen you talk about it a lot, and there seems to be a lot of excitement around this release.

Corey: “People are really stoked, yeah. Every once in awhile, you get that perfect kind of collision of your own excitement matching the excitement of the people who hear the material, and right now we’re kind of feeling that kind of mutual excitement going on. We didn’t realize just how excited people were gonna be until we really started playing it, really, for people and they were just blown away by it. And we only really played half the album. So it’s a good problem to have, as I am prone to say when the spirit takes me. And it’s just made us so pumped for people to hear the final product.”

Full Metal Jackie: [STONE SOUR bassist] Johny Chow has said the new album was recorded live and not pieced together with Pro Tools. Why does that make such a difference, especially with this album?

Corey: “For anyone who’s not used to hearing albums recorded a different way, it really, right out of the gate, gives you a whole different perspective of how albums can be made. It’s the difference between listening to a drum machine and listening to a real drummer — like a drummer who can really play. It’s the difference between listening to a Casio keyboard try to be a piano and listening to someone actually play a real piano. The difference can be slight, but it can be overwhelmingly massive in the long run in retrospect. And the cool thing is that this band is so talented that we were, like, ‘You know what? Let’s go back to the old way of doing things.’ Because a lot of people don’t realize that’s how albums were made, that’s how albums were recorded. You get everybody in a room, you bang it out, you go back in, you layer some stuff, but you keep that energy and that’s what we did. So we really wanted to set a precedent with everything with this album — making it so different from everything else that’s out there and keeping that ‘alive’ spirit, that spirit of rock and roll that we’ve been chasing.”

Full Metal Jackie: Corey, you’ve already been a part of some really great albums. Why are you even more enthusiastic talking about “Hydrograd”?

Corey: “You know, the cool thing about this album and why I’m so stoked about it is that I’ve been wanting to make a real true hard rock, rock and roll album for a very long time. And it’s nothing against any of the albums that I’ve made before — I’ve been very fortunate to have made some really successful albums, I’ve been very fortunate to have the latitude to be able to pursue all these creative musical creations. And with this one, the reason I’m so stoked about it is because it is such a… I don’t wanna say ‘a departure,’ but it is so reflective of that type of album that I’ve wanted to make for a very long time. It really feels like a greatest-hits rock and roll playlist when you put it on and you listen to it from top to bottom. It just has so many different musical spirits, so many different types of good hard rock, metal, punk, rock and roll. There’s even some bluesy California country on it, which is really really cool. I mean, we went all out on this album and it paid off in so many dividends that it is going to blow people away, and that’s why we’re so… that’s why I’m so excited about it. I’m still listening to it. That’s how good it is.”

Full Metal Jackie: Corey, the last two STONE SOUR albums were a two-part concept album. How did doing something as involved as concept albums affect what you wanted to do next or not do with “Hydrograd”?

Corey: “Doing the ‘House Of Gold & Bones’ albums, it really showed me that our audience, our fanbase, was so ready to hear something so… they were ready to hear something that was more versatile and more kind of… not sporadic, but just more… just more all over the place, basically, Like, more about experimenting, more trying out different things and seeing what stuck. And that really proved to us that our audience was ready to listen to whatever we had. With the success of those two albums, it really paved the way for being able to make ‘Hydrograd’, because we took all of those ideas and styles and concepts and musical directions and we honed them down to fifteen killer songs and really put a lot of energy, a lot of effort into making sure that it was exactly what we wanted. And, yeah, it kind of set the stage for everything that we wanted to do with ‘Hydrograd’. That’s why it was so important for us to do the ‘House of Gold & Bones’ albums.”

Full Metal Jackie: STONE SOUR is very different from your other band, SLIPKNOT, of course. How conscious are you about using different creative methods and performing techniques, depending on which band you’re working with?

Corey: “I’m conscious, but I’m also unconscious because it comes very easily. It’s the whole reason why I love doing both in the first place, because I’m allowed to be able to do different stuff. If it was just a lighter version of the same music, then it would be different. With STONE SOUR, there’s such a specifically different sound going on that it makes it very easy for me to just kind of let go and try different artistic approaches, different approaches live, building different shows and different sets. And, really, between the two bands, it allows me to be kind of an all-purpose versatile frontman, singer. It really lets me evolve and try different things and strengthen ideas that work. It’s just the best of both worlds for me. I’m very fortunate to be able to do both of them. So when I get to work on one or the other, the differences, especially creatively, they come really easily.”

To see a full list of stations carrying Full Metal Jackie‘s program and when it airs, go to FullMetalJackieRadio.com.

Full Metal Jackie also hosts “Whiplash”, which airs every Sunday night from 9:00 p.m. to 11:00 p.m. on the Los Angeles radio station 95.5 KLOS. The show can be heard on the KLOS web site at 955klos.com or you can listen in on the KLOS channel on iHeartRadio. 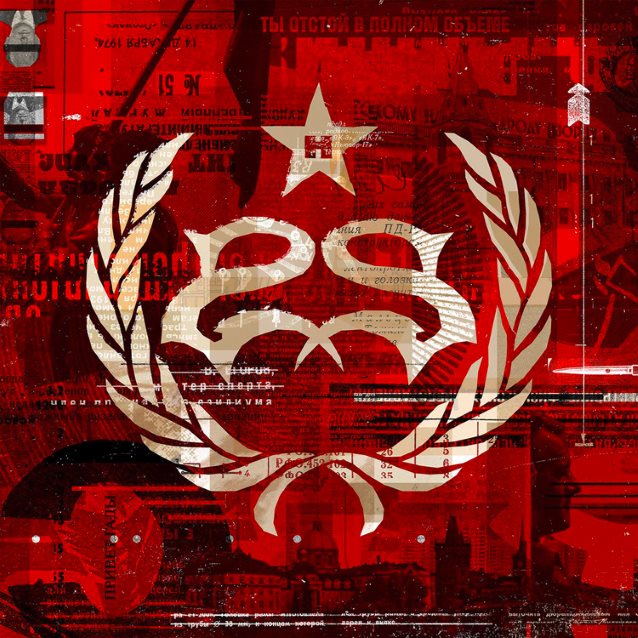