Former VAN HALEN bassist Michael Anthony recently announced that he lost two-week-old grandson, who died of heart disease last month. Rex Becerra was the son of his eldest daughter, Elisha. His family also launched a fundraising page with the Los Angeles Children’s Hospital, noting that the boy was “quickly diagnosed with heart disease” after his birth on March 20.

In a Facebook post announcing his loss, Anthony revealed that he would participate in the hospital’s Walk L.A. in June to support the facility. He invited the public to donate to his family’s team, “Rex And The Heart Beaters.”

According to the Van Halen News Desk, VAN HALEN singer David Lee Roth has since emerged at the top of the page’s “Fundraising Honor Roll” list with a donation of $10,000.

Anthony, singer Sammy Hagar, Alex and Eddie Van Halen last teamed up in 2004 for a U.S. summer tour. In exchange for taking part in the tour, Anthony reportedly had to agree to take a pay cut and sign away his rights to the band name and logo.

In 2007, the Van Halen brothers, Wolfgang Van Halen and singer David Lee Roth announced they would be hitting the road for a reunion tour. Anthony later told Music Radar that he “found out about that tour like everybody else did — in the press.”

Anthony revealed in a 2016 interview that he reconnected with VAN HALEN drummer Alex Van Halen less than a year ago after more than a decade of not speaking to each other.

In a February 2013 interview with Rolling Stone magazine, Roth spoke about the touchy subject of Anthony potentially replacing Wolfgang Van Halen in VAN HALEN. He said: “Ed has his own vision, I’m assuming. We haven’t really been able to speak about it and it’s a disappointment, just as not having a chance for a reunion of the original band. Clearly, vocals are every bit as much a component of success as a rhythm section or a guitar solo… What we have at our fingertips is arguably one of the greatest high tenor voices ever — that was in Michael Anthony. In our tiny little corner of the universe, that voice is as identifiable as the high voice in EARTH, WIND & FIRE, as identifiable as the high voice in the BEACH BOYS. VAN HALEN is an indelicate house blend of both — that’s intentionally.”

Anthony has played primarily with Hagar in the thirteen years since he last performed with VAN HALEN, in groups like CHICKENFOOT and THE CIRCLE. 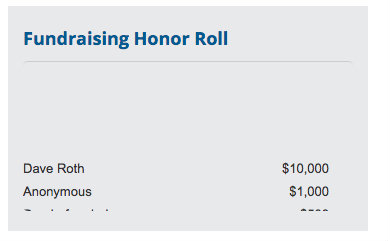