Newsted, who has gone from playing metal to create modern art, sold a bunch of pieces that helped raise funds for the Perry J. Cohen Foundation. He celebrated his New York art debut with a private acoustic concert for friends at the Soho House on Saturday night.

Bon Jovi and Newsted talked art, music and helping with the charity. Rock photographer Bob Gruen also helped raise funds for Perry J. Cohen Foundation and sold a bunch of prints, including one shot that he took of the BON JOVI singer from the 1989 Moscow Music Peace Festival.

Both Newsted and Gruen donated 50% of all sales to the charity, which was founded in memory of Nick Korniloff‘s stepson Perry J. Cohen, who disappeared off the coast of Florida in 2015.

Jason began painting in 2005, after a series of shoulder injuries and subsequent surgeries left him unable to play his instrument. The work began as a hobby, and it wasn’t until a year later that he considered showcasing the results.

Some of Newsted‘s paintings now go for tens of thousands of dollars. “Most of my work is abstract, mixed-media,” he said in a 2013 interview. “Giant pictures about five by ten feet; plastic and acrylic. I also do some sculpture. I have eight or nine hundred pieces since 2004 and have studios in three different cities across the country. Some of my pieces go for maybe $150 for a little picture and some are $40,000 for a giant one. So there’s something for everyone.” Newsted said he was very influenced by Basquiat, Jean Dubuffet and Picasso. “Those guys are my BLACK SABBATH, MOTÖRHEAD and RUSH of painting,” he said. 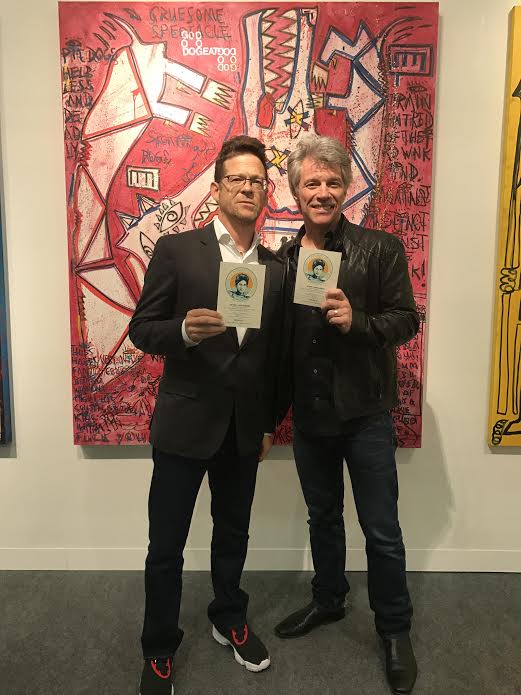