Kruspe said: “It really depends on our singer Till [Lindemann], that he can finish the mysterious ideas we have. At the moment we have 30 ideas, some with lyrics, and some not.

“We’re working on the vocals, and then we might consider another producer. There’s all those question marks that we haven’t answered yet.”

Landers added: “Our goal right now is to write really good songs and maybe even try unusual methods, new ideas, and change the path that one usually has.

“It might be that when grandmother hears the album, she thinks it’s the same as the other ones. But for us, we really want it to be another milestone.”

RAMMSTEIN will release a new concert DVD and Blu-ray, “Paris”, on May 19. The set was recorded in March 2012 at the then-named Palais Omnisports de Paris-Bercy in Paris (now AccorHotels Arena) during RAMMSTEIN‘s “Made In Germany” tour, and was helmed by the band’s longtime collaborator, Swedish director Jonas Åkerlund.

Lindemann in 2015 released a debut album with his side project LINDEMANN. 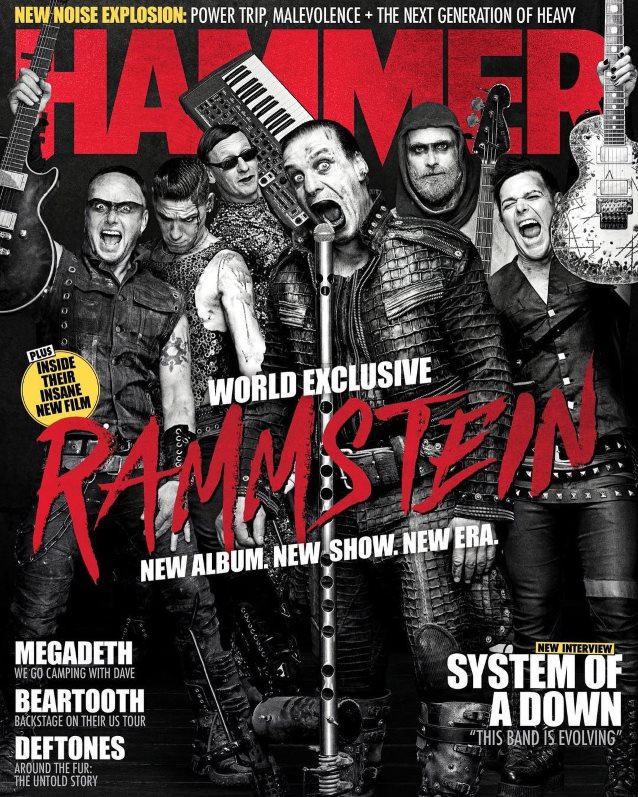 RAMMSTEIN Wants To 'Try Unusual Methods' On Upcoming Album
Tagged on: HRRL
tom lats May 4, 2017May 5, 2017 Rock News No Comments