ROCK ON THE RANGE Festival Evacuated Due To Severe Weather

The organizers of this weekend’s Rock On The Range festival in Columbus, Ohio have evacuated attendees due to a severe thunderstorm warning in effect.

Earlier this afternoon, the organizers released an update, saying that their “on-site meteorologist has determined that the severe threat should expire by 7 or 7:30 p.m. (subject to change). Once we receive the all-clear, we will reopen doors and resume the show,” they said.

The three-day event was scheduled to feature sets from KORN, BUSH, THE OFFSPRING, METALLICA, PRIMUS, VOLBEAT, COHEED & CAMBRIA and dozens of others.

Friday night’s headlining slot was to feature SOUNDGARDEN, but that band’s appearance was canceled as a result of frontman Chris Cornell‘s tragic death. It is rumored that SOUNGARDEN‘s performance will be replaced by a Cornell tribute set featuring a host of guest musicians, including members of STONE SOUR.

A couple of video updates from Rock On The Range, courtesy of Kilpop‘s Tina Smash, can be seen below. 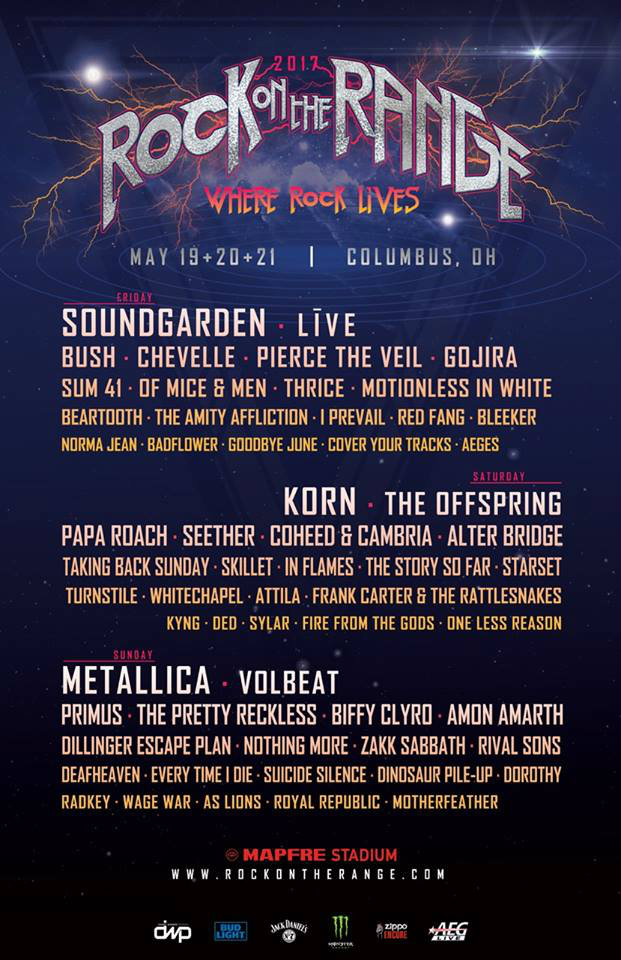