“Darkest Day”, the brand new video from the Swedish progressive death pop band THE GREAT DISCORD, can be streamed below. The song is taken from the group’s sophomore album, “The Rabbit Hole”, which will be released on September 8 via The Sign Records. The follow-up to 2015’s “Echoes” EP and “Duende” full-length was recorded at Pazuzu Recordings with drummer and founding member Aksel Holmgren behind the helm.

Says THE GREAT DISCORD: “We are very excited to give you the first single, titled ‘Darkest Day’, off our coming album, ‘The Rabbit Hole’. As the titles reveal, this album is our take and our dark twist on a famous story by Lewis Carroll. Don’t worry, the story will unfold further as we go along and more songs and stories will see the light of day. Or not, depending on how you look at it.”

THE GREAT DISCORD just wrapped up four dates opening for GHOST and KVELERTAK on the “Popestar” tour, performing to packed rooms in Denmark, Norway, Sweden and Finland. THE GREAT DISCORD vocalist Fia Kempe lent her pipes to her Swedish brethren in GHOST for the tracks “Missionary Man” and “Bible” on the “Popestar” EP (released last September) that recently won a Grammis award (Swedish Grammy equivalent).

THE GREAT DISCORD is preparing to embark on a tour of the U.K. and Ireland with KATATONIA and GHOST BATH.

THE GREAT DISCORD is: 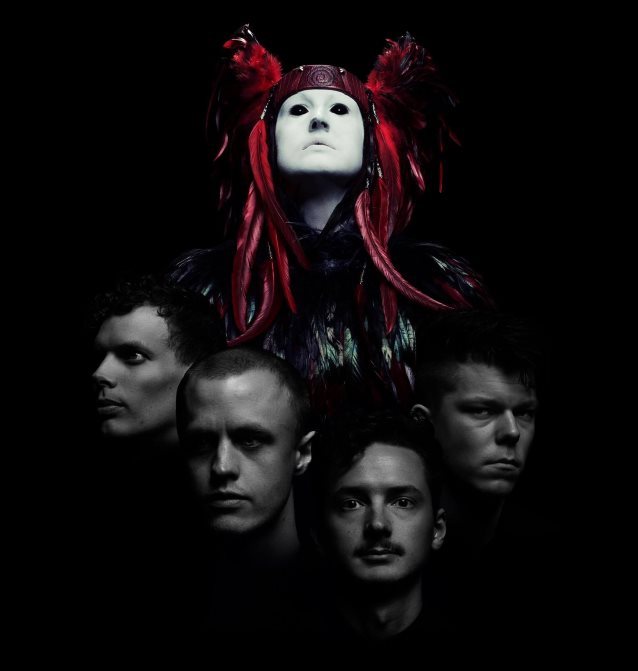