Video: CHINO MORENO Back On Stage With DEFTONES After Breaking Foot

DEFTONES returned to the stage Tuesday night (May 2) in Paris, France — one day after the band’s concert in Cologne, Germany was canceled because frontman Chino Moreno broke the top of his foot.

Fan-filmed video footage of last night’s L’Olympia show can be seen below. Photos are available at Manuwino.com.

DEFTONES‘ European tour kicked off on April 18 in Vienna, Austria and will play Paris again Wednesday night (May 3).

DEFTONES is continuing to tour in support of its latest album, “Gore”, which debuted at No. 2 on The Billboard 200, having shifted 71,000 equivalent album units in the week ending April 14, 2016. It was the band’s highest-charting effort since their self-titled fourth album bowed and peaked at No. 2 in 2003. 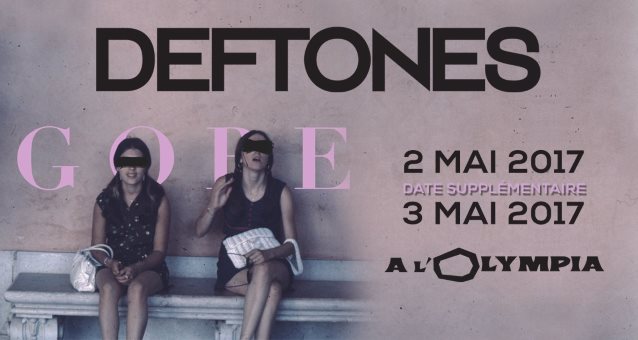 Video: CHINO MORENO Back On Stage With DEFTONES After Breaking Foot
Tagged on: HRRL
tom lats May 3, 2017May 3, 2017 Rock News No Comments