CYHRA said in a statement: “We’re thrilled to inform that Finnish guitarist Euge Valovirta will be joining CYHRA as our fifth member!

“Euge has already contributed to our forthcoming new album, ‘Letters To Myself’, by playing twin guitars and solos, and he’ll be shredding with us live as well.

“During rehearsals, it became obvious that we would need two guitars to reproduce the songs in a live setting, so we decided to ask our good friend and amazing guitarist Euge Valovirta to join CYHRA. Euge had already done a killer job on the album and we can’t wait to share the stages of the world with him.”

Valovirta stated: “I feel very honored and excited to be part of this amazing band together with these talented and professional guys and I look forward to kick some serious ass on stage on our upcoming tours. I’d like to welcome all our current and future fans to our shows; it will be ass-kicking juicy! Oh, and the album is amazing too!”

A video clip in which Valovirta talks about how he joined the band and shows how to play the CYHRA track “Karma” can be viewed below.

CYHRA‘s debut album, “Letters To Myself”, will be released on October 20 via Spinefarm Records. The disc was recorded at Top Floor Studios in Gothenburg, Sweden.

Speaking to AntiHero Magazine, Jake stated about CYHRA‘s formation: “I have been friends with Jesper for a long time, probably ten years. We met for the first time when I was working for IN FLAMES as a pyro technician back in the day. That was also when I got to know Peter. We had been friends since then. I was considering to make a solo album, and I would say that I have no idea what I’m going to do, but I’m probably going to write some songs as well. And he asked me, ‘Would you do the vocals on my solo album?’ And I said, ‘Of course. Would you be interested in playing guitar on whatever I’m doing?’ And he said yes. And then we started to talk about what our solo albums, projects, whatever it was meant to be would sound like and when we were discussing that we just realized that okay, we want the same. We want to make the same album. So that’s where it all came to be and then we decided to start writing songs together. So, we were actually talking over a cup of coffee on a Friday and then on Monday we actually sat down in the studio and we started working on the first song. So that was really, really good. And then when we were doing the same thing there, we didn’t know what to do. But after a couple of songs, everything started to come together. Then Jesper said, ‘Okay what are we going to do?’ And I said that I had the perfect drummer for this band, and that’s Alex Landenburg. I said that you are going to love this guy. And a couple of months later we all met, and Jesper and Alex became best friends instantly. And then Jesper said that it would be cool if Peter would like to join. And so we asked him and he was still the bassist for IN FLAMES, and he said, ‘Yeah, absolutely, I will gladly jump on board of this ship. But just to let you know, I am going to still be a member of IN FLAMES as well.’ We were cool with that and then things happened like they did. Peter eventually decided to part ways with IN FLAMES.”

Regarding the CYHRA sound, Jake said: “It is hard to describe what we sound like because we’ve been writing for almost a year. We’ve been influenced by so many different bands. We are, of course, influenced by ourselves. Because like, as the main songwriter in all our different projects before, you know, like, Jesper has his touch of things, I have the touch on my side, and also the other guys. Of course, you will find similarities in our former bands. But I won’t say that we have reinvented the wheel in any way, but it’s still something that sounds really, really fresh and new, even though music is music. You could always probably find similarities. But I would not say that it sounds like old AMARANTHE, or that it sounds like IN FLAMES. But you could completely, you know, recognize yourself within these boundaries.”

Jake E announced his departure from AMARANTHE in February, explaining at the time that he began to feel that “my place both on the albums and live was reduced; I felt like I was superfluous… I started to feel more like a backing singer.”

Iwers issued a statement in November saying that he was leaving IN FLAMES “to pursue other endeavors.” He has since been replaced on the road by Bryce Paul, a member of the Southern California pop-rock outfit IVES.

Strömblad quit IN FLAMES in February 2010 in order to continue receiving treatment for his alcohol addiction. He later formed THE RESISTANCE with Marco Aro (vocals, THE HAUNTED) and Glenn Ljungström (guitar, ex-IN FLAMES), only to exit that band in March 2016.

CYHRA will make its live debut on October 27 at Nosturi in Helsinki, Finland. 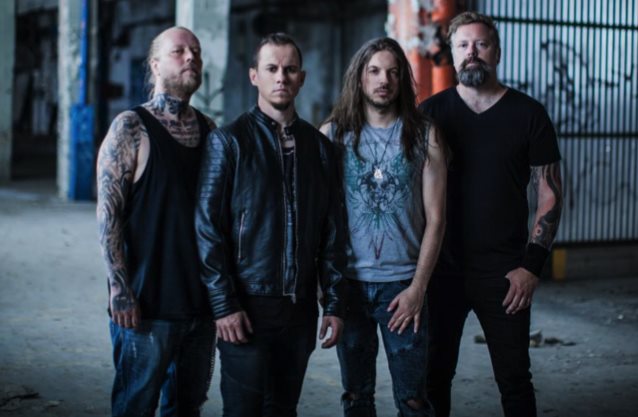 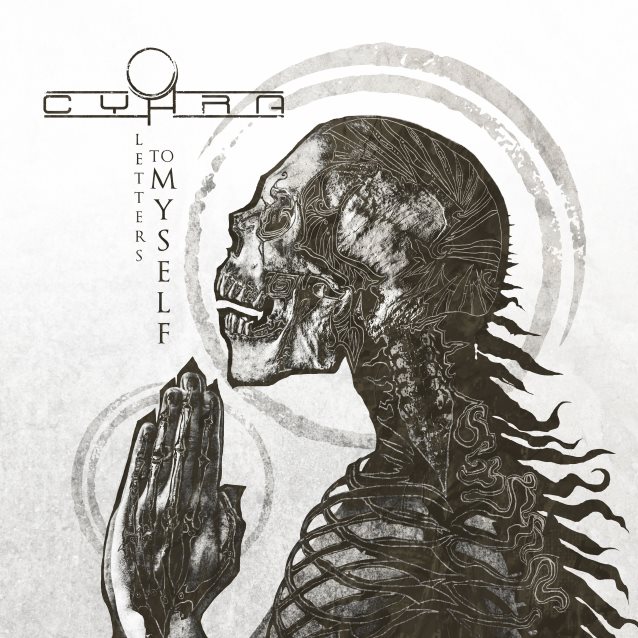