According to The Spokesman-Review, all four members of the Polish extreme metal band DECAPITATED were were arrested early Saturday following their concert at The Observatory in Santa Ana, California. They are suspected of kidnapping a woman after their show in Spokane, Washington on August 31.

Spokane Police Department spokeswoman Cpl. Teresa Fuller told The Spokesman-Review that a woman reported the alleged kidnapping by the musicians to police just before 2 a.m. on September 1. The woman is believed to have attended DECAPITATED‘s concert with THY ART IS MURDER at The Pin concert venue in downtown Spokane as part of the two bands’ “Double Homicide” tour.

DECAPITATED has been touring North America in support of its seventh album, “Anticult”, which was released on July 7 via Nuclear Blast. 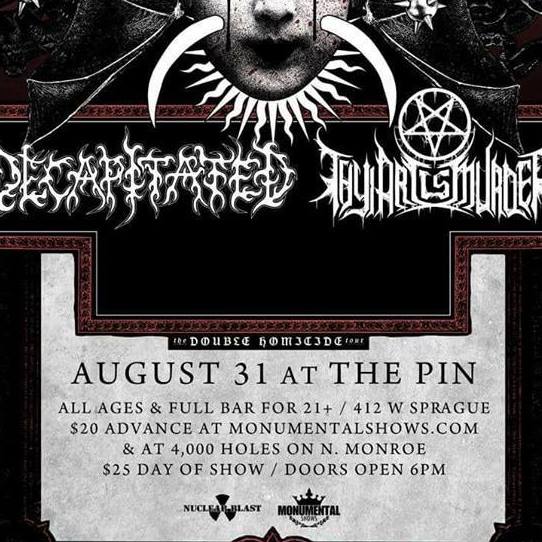