PROPHETS OF RAGE‘s self-titled debut album, released on September 15 by Fantasy Records, scored top chart entries in multiple countries across the globe in its first week. The album sold more than 21,000 copies in the U.S., entering Billboard’s Top 200 Album chart at No. 16. The set’s strong international chart showings include a No. 6 debut in the U.K., No. 8 in France, No. 14 in Germany, No. 4 in New Zealand and NO. 11 in Australia.

Last week, the supergroup — which features members of RAGE AGAINST THE MACHINE, PUBLIC ENEMY and CYPRESS HILL — also dropped the scathing visual for the track “Hail To The Chief”. The incendiary imagery depicts Mike Pence as Donald Trump‘s puppet master as the White House morphs into Trump Tower and Chuck D raps, “All hail to the chief who came in the name of a thief to cease peace.” After just one day, YouTube flagged the video as age-restricted for its disruptive content, forcing viewers to log in to their account and confirm their age.

In response, PROPHETS OF RAGE released the following statement: “We consider censorship in any form to be an egregious violation of our right to free speech. We were shocked to see that YouTube has placed an age restriction on viewing our ‘Hail To The Chief’ video, something no other media outlet has done. We question this decision by YouTube and demand free and unrestricted access to the video immediately.

Formed amid 2016’s tumultuous election, PROPHETS OF RAGE have toured extensively in the U.S. and Europe and coalesced into an explosive unit capable of playing with equal parts precision, passion and muscle. The new album, produced by longtime RAGE collaborator Brendan O’Brien, with bold cover art created for the band by renowned street artist, Shepard Fairey, fuses the diverse styles, sonic firepower and hard-hitting social consciousness of their previous work into an inventive, compelling and timely new musical statement. Michael Moore, who directed the blistering, politically charged video for the track “Unfuck The World” declared: “PROPHETS OF RAGE is the right band, saying the right shit, at this very critical moment.”

“When we put this band together a year ago, I don’t think any of us knew what to expect or how it would be received by the people,” stated B-Real. “From that time to now, it’s been amazing to see the growth of this new amazing band and to see the effect it has had on the fans we’ve played for. I feel blessed to be a part of it. Our chemistry is undeniable when we are on stage, and to finally bring forth a new album with that same powerful chemistry is exciting and we can’t wait to see what the future brings.”

At its core, PROPHETS OF RAGE functions not only on a love of music, but a deep belief in its power as a tool and a weapon. Woven into the band’s DNA are influences as varied as THE CLASH, KRS-One and Johnny Cash, as well as the undeniable ideals and aesthetics of its predecessors: PUBLIC ENEMY‘s frenzied, racing textures, RAGE‘s jaw-melting riffs, and CYPRESS HILL‘s manically playful party energy.

The band’s recent short run of sold-out intimate club shows included historic rooms such as the Paradise Rock Club in Boston, the Stone Pony in Asbury Park, the Theatre of Living Arts in Philadelphia, the Apollo Theater in New York City and the 9:30 Club in Washington D.C. PROPHETS OF RAGE also just rocked Riot Fest in Chicago and is now gearing up for headlining turns at Louder Than Life in Louisville, Voodoo Music + Arts Experience in New Orleans and Ozzfest in San Bernardino, California, as well as major shows in France, the U.K., Germany and the Netherlands. 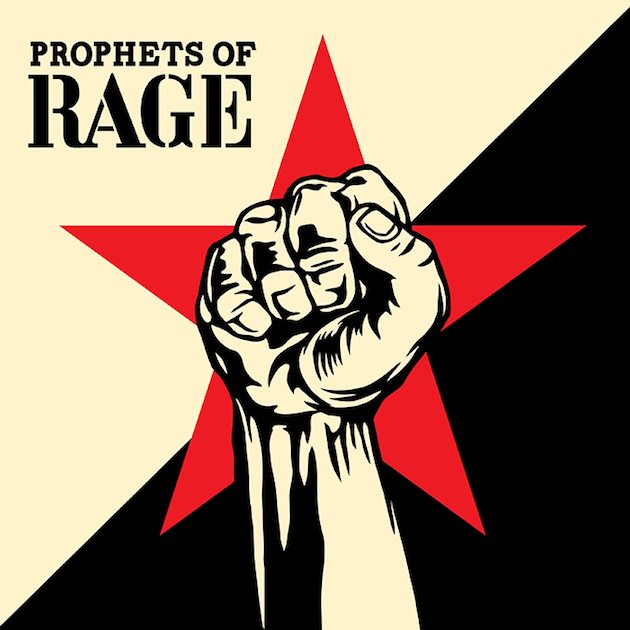