Fan-filmed video footage of DOKKEN‘s entire September 3 performance at the Labor Day Weekend Backyard Bash at the Rainbow Bar & Grill in West Hollywood, California can be seen below (courtesy of YouTube user “xgabex”).

Don Dokken recently confirmed that DOKKEN is planning to begin writing a new studio album this fall for a tentative 2018 release. The disc will mark the band’s first collection of all-new material since 2012’s “Broken Bones” effort.

Don also revealed that DOKKEN‘s next studio album will feature a sound and style that is very reminiscent of the band’s classic releases.

“Broken Bones” sold around 2,600 copies in the United States in its first week of release to land at position No. 173 on The Billboard 200 chart.

A new DOKKEN concert DVD focusing on the band’s reunion tour is tentatively due before the end of the year or in early 2018. The set will feature footage from two of the Japanese shows — including Tokyo — as well as the band’s very first comeback gig, which was held on September 30, 2016 at Badlands Pawn Guns Gold And Rock ‘N’ Roll in Sioux Falls, South Dakota.

Don told “The Classic Metal Show” that the main reason he doesn’t want to continue with the classic DOKKEN lineup is that “loves” the band he has now — which features Brown, alongside guitarist Jon Levin and bassist Chris McCarvil. 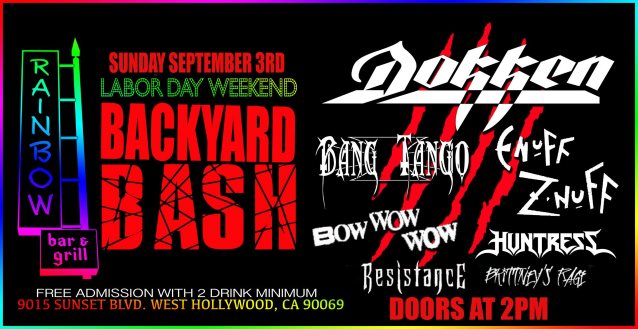