The official lyric video for the song “Dead Man’s Scream” from GODS OF DEATH, the new band featuring former MANTAS, DEATH and MASSACRE members Kam Lee (vocals) and Rick Rozz DeLillo (guitar), can be seen below. The track is one of two songs (along with “Return To The Caves Of Abomination”) GODS OF DEATH recently recorded at CGM Studios in Altamonte Springs, Florida with producer Tim Vazquez.

GODS OF DEATH‘s current lineup includes drummer Mike Mazzonetto. Bassist/vocalist Michael Grim, who was involved in an early version of the project, is no longer playing with the group. Handling bass duties for GODS OF DEATH going forward will be Vazquez.

In 1983, Lee and Rozz formed the band MANTAS which would later add Chuck Schuldiner and become DEATH. In 1985, Kam and Rick spearheaded yet another legendary death metal band called MASSACRE.

Back in December 2016, Lee and Rozz — after trading verbal barbs and taunts for many years — announced that they were rejoining forces in a revamped version of MASSACRE, dubbed MASSACRE X (the “X” was said to represent the band’s tenth lineup). The main objective of the group — which also features Rozz‘s THE END bandmates Michael Grim (bass/vocals) and Mike Mazzonetto (drums) — was said to be “to rekindle the sound, style, aggression, and passion that originally elevated MASSACRE to cult status in the death metal scene two and a half decades ago.”

Within a couple of days of Lee and Rozz‘s announcement, former MASSACRE drummer Bill Andrews — who moved to Japan in the early 1990s — released a statement saying that he did not approve of this latest attempt to reform MASSACRE and threatened legal action if Rozz and Lee moved forward with their plans.

The new name, GODS OF DEATH, was chosen to represent the band as well as the Rozz and Lee as two of the “founding fathers of the death metal genre,” according to a press release.

MASSACRE‘s last incarnation included guitarist Rozz and Mazzonetto alongside bassist Terry Butler and vocalist Ed Webb. That lineup lasted for four years and released a critically acclaimed album, 2014’s “Back From Beyond”, via Century Media Records.

GODS OF DEATH‘s plan is to play songs from MASSACRE‘s “From Beyond” album, along with a few new tracks and old classics from DEATH and MANTAS.

For more information, visit the GODS OF DEATH Facebook page. 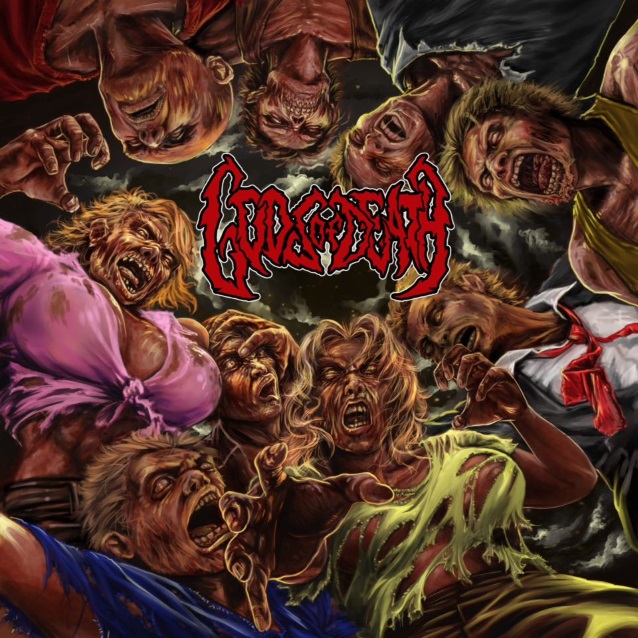