Annerin Theatricals and FOREIGNER announced today that, as part of FOREIGNER‘s fortieth-anniversary celebration, they are creating a brand-new musical titled “Jukebox Hero”. Based on the screenplay written by the prolific writing duo, Dick Clement and Ian La Frenais, responsible for films “The Commitments” and “Across The Universe”, and “The Tracey Ullman TV Show”, “Jukebox Hero” is a coming of age saga written to the music of FOREIGNER.

The show will feature FOREIGNER‘s sixteen iconic Top 30 hit songs such as “I Want To Know What Love Is”, “Cold As Ice”, “Waiting For A Girl Like You”, “Hot Blooded”, “Jukebox Hero” and “Urgent”, and this forthcoming world premiere of “Jukebox Hero” will open first in Calgary on August 10-12, 2018 at the Southern Alberta Jubilee Auditorium and then play in Edmonton on August 16-19, 2018 at the Northern Alberta Jubilee Auditorium.

“FOREIGNER is proud to be associated with Annerin Productions in bringing Mick Jones‘s dream of a production of ‘Jukebox Hero’, the musical, to fruition. Jeff Parry and his team at Annerin have successfully presented theatrical musicals across the world, most notably on Broadway and in London’s West End,” says manager Phil Carson.

Writers Dick Clement and Ian La Frenais added: “Ever since we wrote the book for ‘Billy’ starring Michael Crawford, which ran for two years at London’s Drury Lane Theatre, we have been keen to get involved in another stage musical. So it’s a great thrill for us to know that ‘Jukebox Hero’ is going to open next year in Canada. We’ll be there. Can’t wait.”

“If someone would have told me three years ago when Phil Carson and I first met in Dawson Creek (with JASON BONHAM’S LED ZEPPELIN EXPERIENCE) that we would have an opportunity to help create a musical in Alberta, destined for Broadway, I would have said that someone is playing ‘Head Games’ with a ‘Dirty White Boy’ from Calgary,” said Jeff Parry, founder and CEO of Annerin Productions.

“Jukebox Hero” is set in Blaydon, Pennsylvania, a rust-belt town dependent on one main industry. The story starts with the closure of its biggest factory and the plight of its now unemployed workforce. The town seeks the help of Blaydon’s most famous son, music superstar Ryan, but returning to Blaydon doesn’t just mean revisiting a town where he’s become a stranger, it means confronting the ghosts of his past.

“I never could have imagined when I set out to create FOREIGNER forty years ago, that we’d still be touring around the world and performing the music we love all these years later,” says founding member and lead guitarist Mick Jones. “I am so proud that these songs will now be reinterpreted for stage, and am honored by the team that is helping bring this music to life. I can’t express the gratitude I feel when fans share stories of how our songs have been woven into their milestones and memories over the years. I had so many great times with FOREIGNER in Canada and I look forward to bringing the band back here for our fortieth-anniversary tour. I’m thrilled that Canada will see the world premiere of our brand-new musical, ‘Jukebox Hero’, in 2018.” 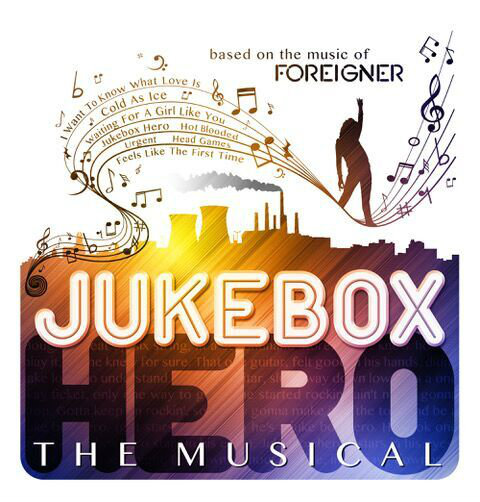