Due to “severe laryngitis,” the remainder of SCORPIONS‘ U.S. 2017 tour with MEGADETH has been canceled.

According to a statement released by the German hard rock veterans, SCORPIONS singer Klaus Meine has been advised by top throat specialist in Los Angeles to rest his voice. If he continues the tour, he could risk permanent vocal damage.

The band said: “[We] truly hate to disappoint our fans and hope to come back to America soon, but this time we have no choice but to cancel.”

Tickets will be refunded at points of purchase.

SCORPIONS were due to be honored on Friday morning by Los Angeles City Council at a ceremony at Van Nuys City Hall, but the event was canceled due to “illness within the band.” The award was to celebrate the band’s contribution to the city’s musical landscape.

SCORPIONS and MEGADETH performed Saturday night (October 7) at the Forum in Inglewood, California.

SCORPIONS kicked off their North American tour with MEGADETH on September 14 at Santander Arena in Reading, Pennsylvania. The sixteen-date trek, dubbed the “Crazy World Tour”, was celebrating SCORPIONS‘ 1990 LP of the same name. Two of the SCORPIONS‘ best-known songs, “Winds Of Change” and “Send Me An Angel”, both appear on “Crazy World”.

SCORPIONS recently finished recording a couple of new songs for a forthcoming compilation album that will collect the most popular of their ballad-type material. 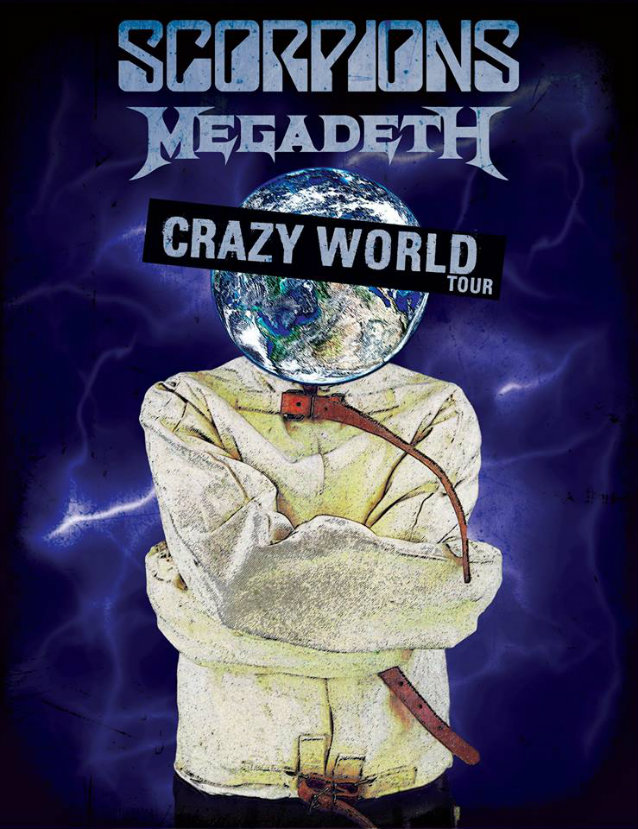