“Make Them Bleed”, the full-length debut from TERROR UNIVERSAL, the “horror metal” band featuring ILL NIÑO drummer Dave Chavarri (who also previously played with SOULFLY), has had its release date pushed back to January 19, 2018 from the previously announced October 2017 (via Minus Head Records). The disc will feature guest appearances by bassists John Moyer (DISTURBED, ART OF ANARCHY, ex-ADRENALINE MOB) and Tony Campos (FEAR FACTORY, MINISTRY, SOULFLY, STATIC-X). Campos appears on the track “Dead On Arrival”, and Moyer can be heard on “Spines”.

Moyer says: “My thanks to TERROR UNIVERSAL for allowing me to play bass on their stellar song ‘Spines’. Great song from a great band!”

Campos adds: “Had a blast playing on the track ‘Dead On Arrival’. Really cool tune. Heavy, grooving riffs. Great hook. Looking forward to what else TERROR UNIVERSAL does.”

Chavarri states: “I am beyond fucking excited to be releasing our debut full-length, ‘Make Them Bleed’, to all you sick fucks! This album is full of metal crushing grooves!”

Guitarist Ahrue Luster (ILL NIÑO; formerly of MACHINE HEAD), who was involved with TERROR UNIVERSAL in the early stages of the band, has not been involved with the group for over a year. 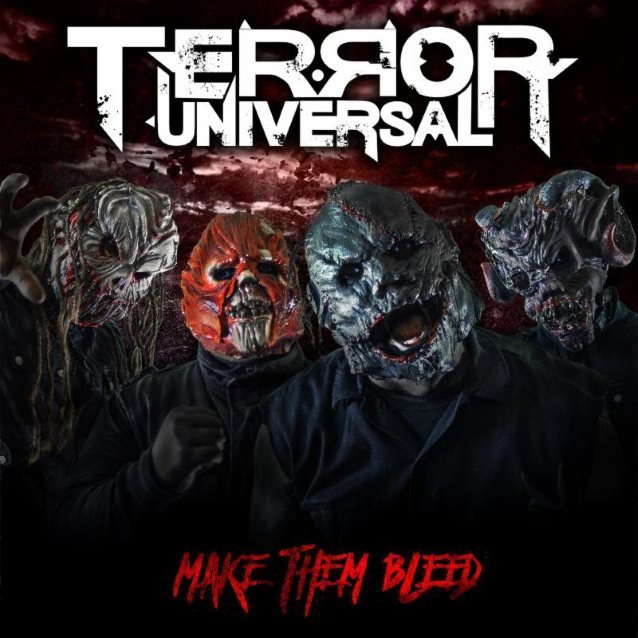