METALLICA's LARS ULRICH On ORION MUSIC + MORE Festival: 'At The Right Time And Right Place, We Would Definitely Bring That Back'

Lars Ulrich has once again said that METALLICA is hoping to bring back its Orion Music + More festival.

The drummer’s latest comments come two years after METALLICA frontman James Hetfield said that the band “lost millions” of dollars by staging Orion, making it highly unlikely the band would get involved in such a project ever again.

The June 2013 Orion event at Belle Isle in Detroit drew at least 40,000 people over the course of two days to see METALLICA, RED HOT CHILI PEPPERS, DEFTONES, SILVERSUN PICKUPS, RISE AGAINST and more.

The band moved the event to Detroit after holding the inaugural edition in Atlantic City, New Jersey in 2012.

In a recent interview with Music Week, Ulrich said: “Orion is our thing. At the right time and right place, we would definitely bring that back.”

He laughed as he remembered METALLICA‘s original thought process. “‘Hey! Let’s start our own festival!'” he said. “That takes three and a half seconds to say and three and a half billion hours to put together. Anybody who started a festival will tell you it’s probably a five-to-10-year commitment, we rolled the dice and neither of the set-ups we threw ourselves into was ultimately the right set-up. We gave it two shots in America and neither were right. I think we’ve talked about maybe doing something in Europe. That will definitely roll back around.”

Ulrich told Canada’s iHeartRadio back in 2016 that METALLICA hoped to resurrect Orion Music + More during the tour cycle for its latest album, “Hardwired… To Self-Destruct”. He added that the band could look at launching Orion in Europe, Canada or Mexico.

Asked if METALLICA would think about making the festival more metal-centric and less diverse than in the past, Ulrich answered: “The one thing that we talked about doing would maybe be to do something that was a little smaller an do something that was more… I think the word… What was the word that came up? Hmm… Like a boutique, where it’s more full-on METALLICA. Maybe it’s just METALLICA and some stuff, like museum stuff, and just maybe making it only METALLICA for a whole weekend, but making it smaller. We haven’t really dialed it yet, but we’re looking at all the different options.”

Hetfield told METALLICA‘s fan club magazine, So What!, that he was “so glad” that the band staged Orion, explaining: “Those two we did were fun. We got some bands out there in front of people, our fans mainly, and that was the whole idea. If it would have broken even, we’d still be doing it, but we lost millions both times. We can’t do that.”

The frontman claimed in an interview with The Pulse Of Radio around the time of the second festival that making money wasn’t the goal. “We’re not expecting this thing to break even for a while, really,” he said. “It’s a long term investment, and as a band who’s done lots of things over 30 years, this is another adventure. We’re trying to help make a stamp on music history. So at the end of the day, it’s not about us making money at all.”

Asked why he thought Orion didn’t work, Hetfield told So What!: “Maybe it was too adventurous, bill-wise. I think it was too wide. If it was more of a metal fest, or really hard, maybe? What we were going for was ‘edge.’ Every band that was there had some kind of edge. And it didn’t matter what genre they were in. I won’t say every band, but that’s the vibe we were going for. Maybe it needed to be a little more secular.”

“And who knows? Maybe it was us attaching our name. It’s, like, ‘Ah, it’s their festival. I don’t want to go.’ I have no idea! Are we putting too much importance on our name? If we opened up the METALLICA hamburger stand over there, would more people come or fewer people come because they like us or don’t like us? Are their opinions influenced by our moniker on there?”

Hetfield went on to speculate why METALLICA fans were reluctant to spend their hard-earned money on a festival featuring a bunch of non-metal acts. He said: “Why, at the METALLICA festival, are the RED HOT CHILI PEPPERS playing? Or why did Eric Church play at a METALLICA festival? That’s just wrong. I’m not going.’ And tribalism. I love tribal earth. I love ‘belonging.’ I love a sense of family. I love a sense of ‘it’s okay to be different when you’re different together.’ And everyone’s different. Everyone knows they’re connected at the end of the day, but maybe sometimes you just think, ‘Why can’t you just like what you like because you like it?’ Do I have to sit through ten other bands that I don’t like just to see the band I like? Maybe I don’t want to do that.’ It’s as simple as that.”

He continued: “Trying to please all, all the time, has never worked. Never.

“And instead of all the fans of those bands coming into one place to join together, which was kind of the ‘new PC’ way to be — ‘it’s one world, one family’ — they actually canceled each other out instead. ‘My God, I don’t want to go hang out with a bunch of greasy metalheads, with lice, headbanging, and their bugs flying into my hair! I don’t want to share a toilet with that guy!’ Maybe it was that? I don’t know.”

Hetfield added: “Who knows why people are the way they are? We can’t force people to think like us. And this is what happens when you’re an artist. You can think the way you want, create what you want, put it out there, and you have no expectation. You’ve succeeded. Now, if you do a business venture with art involved in it, it’s a different story, and it’s hard to keep doing that and lose money. It just doesn’t make any sense.”

It was reported at the time of the second Orion event that METALLICA had the option to hold the festival in Detroit for two more years. 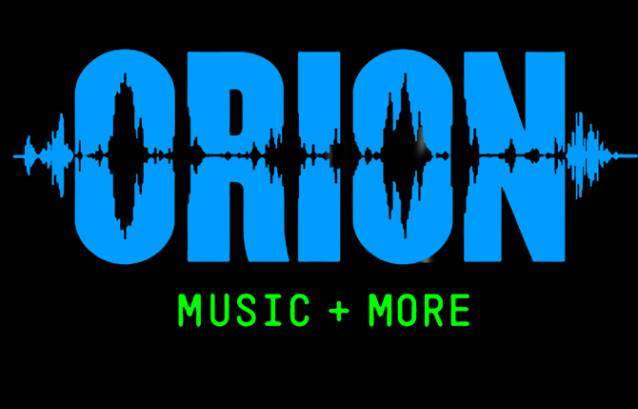 METALLICA's LARS ULRICH On ORION MUSIC + MORE Festival: 'At The Right Time And Right Place, We Would Definitely Bring That Back'
Tagged on: HRRL
tom lats December 26, 2017December 26, 2017 Rock News No Comments