The first live album released by John 5 and his solo band THE CREATURES — which includes Ian Ross on bass and Rodger Carter on drums — is also the first LP released by John 5 to be featured on vinyl. John 5 notes he is “very excited” to be releasing the album.

“It’s Alive!” will be available on double LP colored vinyl and CD.

You can pre-order the album at the official John 5 store. Also available to purchase separately will be an amazing 24-page full-color tour book covering the tour journeys so far.

THE CREATURES will be touring in 2018 to promote the album. Tour dates can be found at this location.

Asked if having a regular gig with Rob Zombie gives him much more freedom when it comes to his own projects, John 5 told the Huffington Post: “Being in Rob‘s band is incredible. It’s the greatest thing. I love that guy. I love the music. I always have. He’ll be making movies and I’ll have time on my hands. I’m always playing guitar. I’m playing guitar right now. I’m always working and recording. It’s just what makes me happy. I’m thinking about it all the time. I’m playing all the time. It’s a gift and I’m so happy for that gift. It’s really engulfed my life in a good way. I make time. There’s 24 hours in a day and I’m working most of them.”

John 5 told Fangoria that he “didn’t want to tour” as a solo artist at first. “I’ve been putting out records for so long, but I didn’t want to tour because I didn’t think anybody really cared,” he explained. “Now that we’re doing these shows, it’s unbelievable that these people are coming out in droves and I’m just entertaining them with a guitar. I couldn’t be happier.”

He continued: “At first, I was, like, ‘How is this going to happen?’ But here’s the thing: I understood that these guys are going to bring their wives and their girlfriends to the show, and I always use myself as an example; I would do that, I would bring my wife to these instrumental shows. She’s, like, ‘Ughh, I’m dying and this is the last thing I want to do.’ So, I put together a show, even if you didn’t like the guitar, there’s so many things, visually, that you’re going to look at. There’s so many fun things that the other person is going to get into, and it really works.” 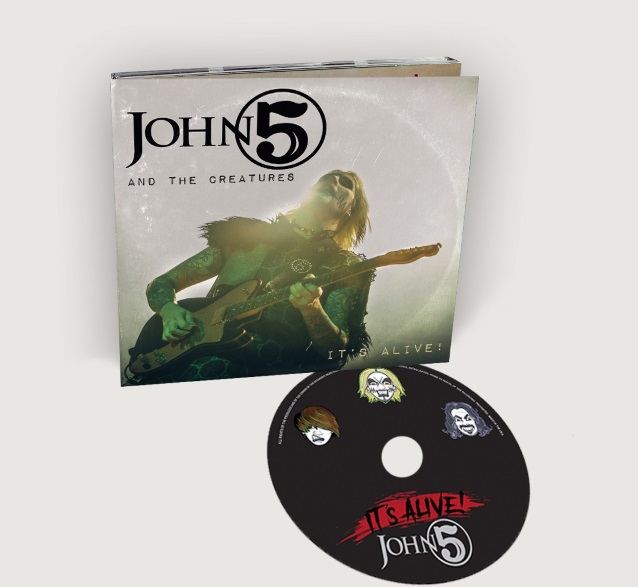