Fan-filmed video footage of EXTREME‘s December 7 performance at LKA Longhorn in Stuttgart, Germany can be seen below.

EXTREME‘s long-awaited follow-up to to 2008’s “Saudades de Rock” album is tentatively due next year.

Singer Gary Cherone told Metalholic in October 2016 that EXTREME‘s fans will be pleased with the musical direction of the group’s new material. He said: “There will be, like all EXTREME records, familiar elements, but also stuff… Over the years, when Nuno and I write, we’re affected by our environment and music changes throughout the years, so those elements… There will still be some new elements to the band as well. Hopefully that always happens; you always wanna grow and evolve and move on. But the guitars will be there, the harmonies will be there, the songs, the hooks, the lyrics… There’ll still be elements of the past, but certainly new elements [as well].”

A live package celebrating EXTREME‘s “Pornograffitti” album was made available in October 2016. Titled “Pornograffitti Live 25 / Metal Meltdown”, it includes a DVD, Blu-ray and audio CD recorded at the band’s show at the Las Vegas Hard Rock Casino on May 30, 2015, where they performed the record in full. 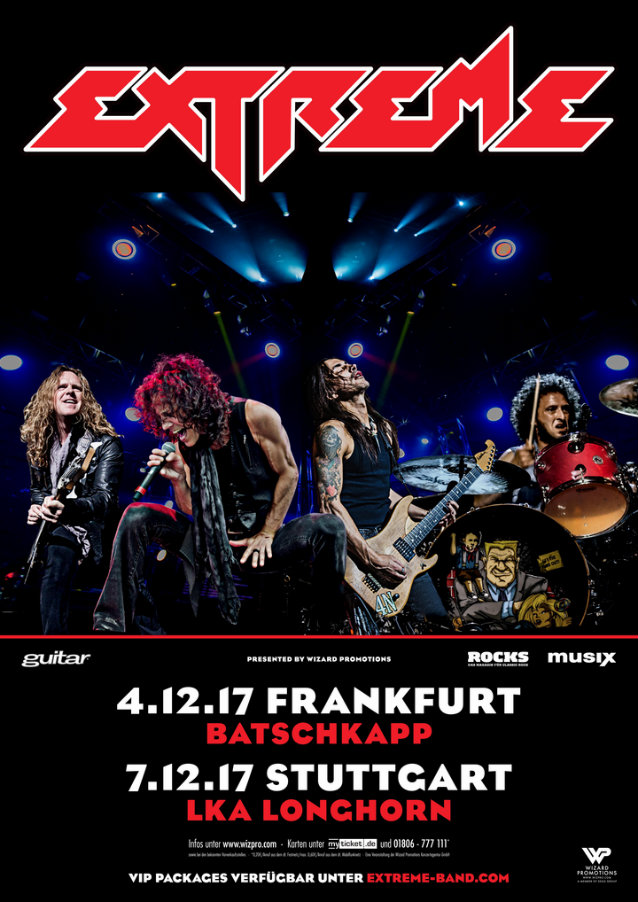