Due to high ticket demand, the previously announced benefit concert for VIO-LENCE singer Sean Killian (pictured) is moving to a larger venue. The event, originally scheduled for Saturday, January 20 at the Oakland Metro Operahouse in Oakland, California, will now take place the same night at The Midway (900 Marin Street) in San Francisco.

This is an 18-and-over show. Refunds will be issued for any attendees who are no longer able to attend due to the age restriction.

“Killian On Command: An Evening Of Vio-Lence” will see musicians from TESTAMENT, EXODUS, FORBIDDEN and VIO-LENCE play only VIO-LENCE material spanning the band’s entire catalog of songs written from 1985 through 1992. They will be joined by other heavy hitters from DEATH ANGEL, KAOS, ILL NINO, FANG, ATTITUDE ADJUSTMENT, VALOR & VENGEANCE, I AM MORBID, PSYCHOSOMATIC, D.R.I., ANNIHILATION, MERCENARY and SACRILEGE B.C. King Arthur‘s bastard son MORDRED will be supporting and DRESS THE DEAD will be kicking everything off. Katon De Pena of HIRAX will DJ the show, and DJ Will of KNAC will be the host of the evening.

Prized items from SLAYER, MACHINE HEAD and other crushing metal artists will be raffled off. There will be old VIO-LENCE footage running from classic shows in a showroom and a display of Vio-Art to enjoy as you wander down the gallery hall.

Tickets can be purchased at this location.

Killian was recently diagnosed with stage four liver cirrhosis, which was caused in part by a genetic condition called hemochromatosis. He is currently a candidate for a live donor transplant. A living-donor liver transplant involves transplanting a portion of the liver from a living donor into a recipient whose liver no longer functions properly.

Sean will remain a candidate only as long as he is healthy enough for such a transplant. Sean‘s blood type is O+ and a matching donor must have type O+ or O-. Once this window closes, he will be reassessed to determine if he will be placed on the official list for a donor liver through UNOS (United Network for Organ Sharing).

The “Killian On Command” organizers said: “The Killian family is not privy to any information about possible donors and where they are on the waiting list until it is confirmed they have an actual donor. Living or deceased. So the more volunteers we have for bathing donors, they better the chances are we get Sean one!”

A GoFundMe page raising money for Killian‘s medical expenses can be found at this location.

The final stage of cirrhosis of liver is considered as the most dreaded phase of the condition. If the patient is diagnosed during this stage, the life expectancy of the sufferer — without a liver transplant — is said to be one year to three years.

In addition to Killian, VIO-LENCE‘s classic lineup included Phil Demmel and Robb Flynn, both of whom are now in MACHINE HEAD. 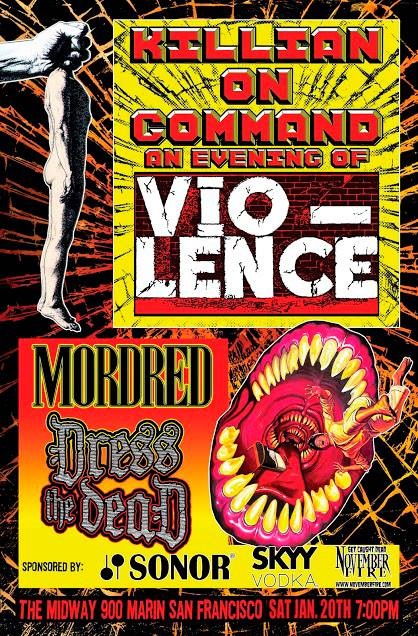 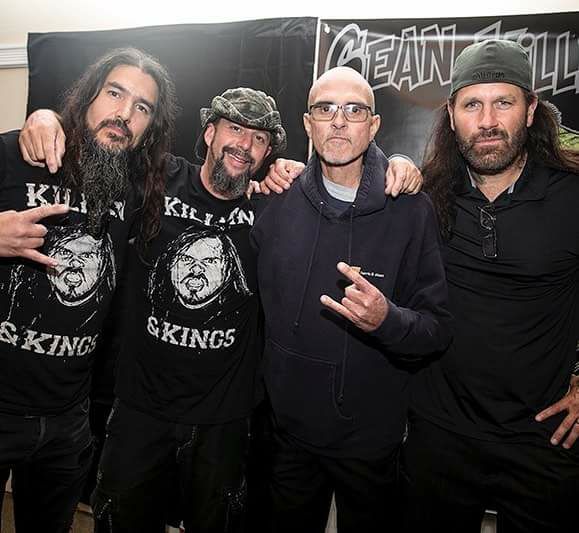