Video footage of heavy rockers LUCIFER performing an acoustic version of their song “Dreamer” at the studios of Sweden’s Bandit Rock radio station can be seen below. The track is taken from the band’s second studio album, “Lucifer II”, which will be released on July 6 via Century Media Records.

“‘Dreamer’ was the first song Nicke and I wrote together,” says Sadonis, while Andersson adds: “We got one horse, one cemetary and one band. That makes up for a pretty good video in my eyes.”

“Lucifer II” was recorded at the Honk Palace in Stockholm. It was mixed by Ola Ersfjord (DEAD LORD, TRIBULATION, PRIMORDIAL) at Cuervo Recording Service in Madrid.

Originally, LUCIFER formed in Berlin back in 2014 consisting of Sadonis and members of CATHEDRAL, ANGEL WITCH and LADYTRON. The first seven-inch single, “Anubis”, and debut album, “Lucifer I”, were released by British label Rise Above Records, quickly establishing the group as a promising new act offering excellent 1970s hard rock with a good dose of proto metal and doom added to the mix. Citing BLACK SABBATH, DEEP PURPLE, BLUE ÖYSTER CULT, LUCIFER’S FRIEND, STEPPENWOLF, 70’s HEART and FLEETWOOD MAC as inspiration, LUCIFER corrupted the souls of many and achieved international recognition on tours through Europe, USA, Canada and Japan.

With a shift of constellation within the band in 2016 and Sadonis moving from Berlin to Stockholm, LUCIFER is now ready for an exciting new chapter in its career. With Nicke Andersson, Sadonis found a congenial new songwriting partner, and “Lucifer II” turns out to be a strong sonic statement.

Johanna stated about “Lucifer II”: “Maybe I could say it’s different from the first LUCIFER album, which was because that first album was written with Gaz Jennings of CATHEDRAL. It had a very particular sound. The new album that has been written with Nicke and me is even more so in the vein of what my original vision of LUCIFER was. I’m very stoked. I think this new album digs even deeper into the record crates of the ’70s and opens up even more. There’s a whole variety of different moods and songs in there. I think it opens up, hopefully, to more people. For me, it certainly was an expansion.” 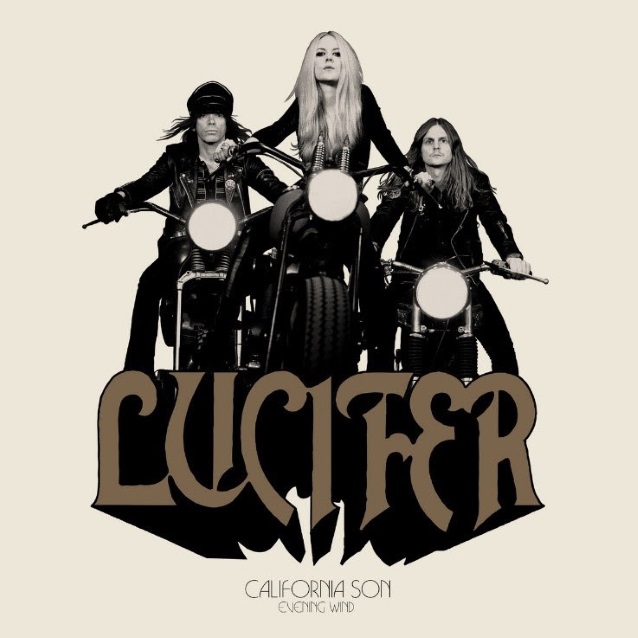