Fan-filmed video footage of ALICE IN CHAINS‘ June 20 concert at the Gröna Lund amusement park in Stockholm, Sweden can be seen below.

ALICE IN CHAINS guitarist Jerry Cantrell said in a recent interview with SiriusXM that the band’s new single, “The One You Know”, was inspired by legendary late rock artist David Bowie. Cantrell explained: “It’s really aggressive. It’s got a super-aggro riff. I was thinking kind of Bowie when I was writing it, a little bit, so it’s got kind of a metal ‘Fame’ shuffle to it, kind of almost. It’s a good aggro riff and it’s got the classic ALICE IN CHAINS chorus, with a weird kind of trippy middle part.”

“The One You Know” is taken from ALICE IN CHAINS‘ upcoming sixth full-length studio LP, which is due out later this year. The title has not yet been revealed.

The new LP follows up 2013’s “The Devil Put Dinosaurs Here”. Regarding the five-year gap between records, Cantrell remarked: “We’ve been really fortunate in most of our career to be able to make music when we feel like it rather than having to be on somebody else’s schedule, which is really nice. So we take advantage of that.”

ALICE IN CHAINS will start a new North American tour leg on August 22 in Vancouver. 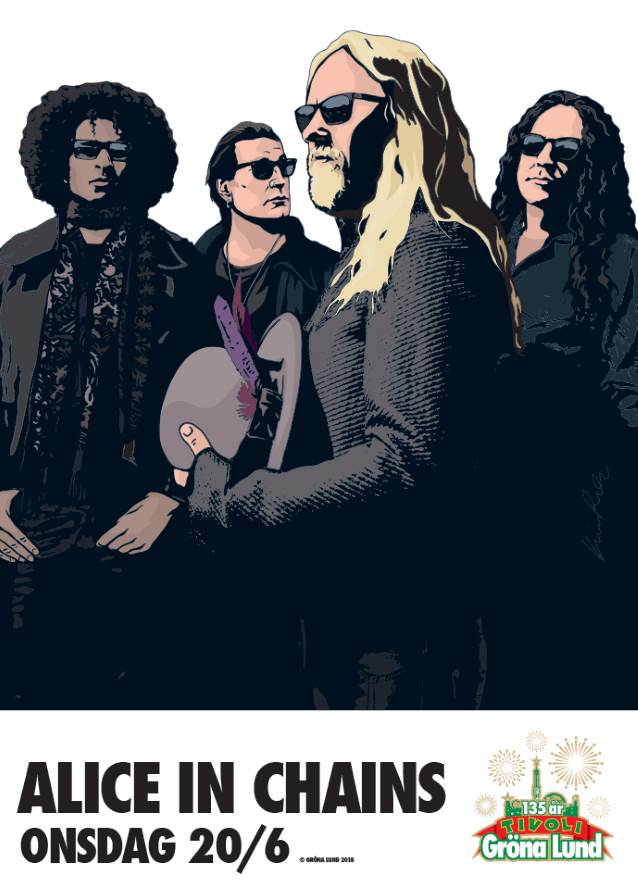