Fan-filmed video footage of JOURNEY’s June 15 performance at Prudential Center in Newark, New Jersey can be seen below.

JOURNEY‘s 58-city co-headlining tour with DEF LEPPARD kicked off in Hartford, Connecticut on May 21 and will wrap in Los Angeles, California on October 6.

It is the second time the two bands have toured together. JOURNEY and DEF LEPPARD first teamed up in 2006.

Asked if he ever expected JOURNEY to once again play stadiums, guitarist Neal Schon told the St. Louis, Missouri classic rock radio station KSHE 95: “Good music is great music, and I think it’s timeless. Things come around, they go around. It’s sort of like, every ten years, it feels to me, like it takes a full circle. The timing just seems right again. We’ve been out there for two decades kicking it pretty hard, and keeping our fans happy.

“I never gave up hope,” he continued. “We kind of defied death a few times [laughs], and it’s perseverance. You push forward, and try not to pay attention to the negative aspects that people like to throw around. People like to create controversy. They like to create drama — ‘How are you going to do it without this? How are you going to without that?’ I prefer just to not listen to any of that and stay within my convictions of where I want to go and what I want to accomplish. If you do that, you always succeed eventually.”

JOURNEY keyboardist Jonathan Cain spoke about the band’s touring life during an interview with Tigman of the Albany, New York radio station Q103. He said: “It’s pretty much an honor to go out there. They set the stage — you’ve got 75 guys out there busting their hump for you. It’s all laid out; all we have to do is show up. We have a great crew; we have great guys. They do all the grunt work, so it makes our job really easy. Now, the technology is so great — the P.A.s are better; the in-ear monitors are a blessing; the halls sound good; we stay at nice hotels; we have a plane. It’s okay. You’re away from home; you’ve got to pick up anchor; but we’ve done it so many times, we’re good at putting the anchor down when we get somewhere. I think that’s what I told Arnel [Pineda, vocals] when he joined the band — ‘You’ve got to learn to pick up your anchor, and learn to drop it when it’s time to drop it. Get grounded somewhere, even if it’s a couple days.’ The great way to tour these days is you hub, and you’re able to hub in one city, so we get to sleep in the same bed for three, four days. Much better than rolling around in a bus. We’re blessed.”

JOURNEY has sold 48 million albums and was inducted into the Rock And Roll Hall Of Fame in 2017. 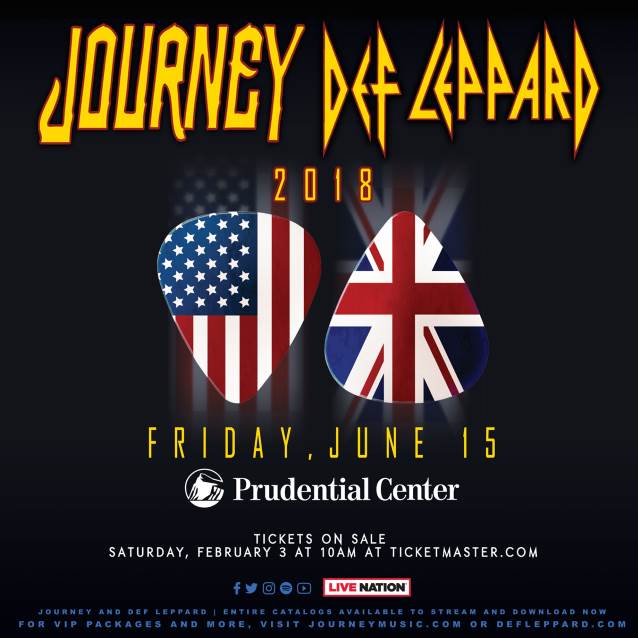