KISS To Discuss 'End Of The Road' Farewell Tour At SiriusXM's 'Town Hall' Next Monday
{$inline_image}
KISS will take part in SiriusXM‘s “Town Hall” interview series on Monday, October 29 at the satellite network’s New York City studios. The band is expected to discuss its upcoming “farewell” tour, dubbed “One Last Kiss: End Of The Road World Tour”, which will launch in early 2019.

As most fans remember, back in 2000 and 2001, KISS already performed a “Farewell Tour”. The trek, which was the last to feature both guitarist Ace Frehley and drummer Peter Criss, played 142 shows over five legs, covering North America, Japan, and Australia.

“Let’s put it into perspective and try to at least get a sense of what’s different [this time around],” Stanley told Rolling STone. “The farewell tour took place 19 years ago. The farewell tour was at the end of the time that we had brought back the two original members [guitarist Ace Frehley and Peter Criss] and it was such drudgery and so difficult and so unhappy that it just seemed, like, ‘Let’s put the horse down.’ And after the tour was over, it didn’t take me very long to realize I didn’t want to say goodbye to the band; I wanted to say goodbye to two members. So that was the differences. We’ve had 19 years of the band. The band has never been better, happier… But with all that in mind, it’s time to think about an end.”

Although Stanley didn’t rule out the possibility of guest appearances by former members, he didn’t promise anything either. “I really can’t say,” Stanley said. “This will be a celebration of KISS and not any individual lineup or any individual members. I wouldn’t rule anything out, but it’s not the crux of what we’re doing… and I’m not being coy either. I don’t want to mislead anybody, really that’s not something that’s been given a lot of thought at this point, the majority of our time has gone into what is the stage going to be, what is the show going to be, and we’re actually in the midst of toying with setlists now.”

Rumors of KISS‘s final run of live shows gained strength several months ago following the news that the band was attempting to trademark the phrase “The End Of The Road.” An application from KISS was filed in February to the United States Patent and Trademark Office, which means that the band could use it in connection with “live performances by a musical band.”

Basist/vocalist Gene Simmons recently told Sweden’s Expressen newspaper that KISS‘s next tour will last three years. Calling it the band’s “most spectacular tour ever,” the bassist/vocalist added that the trek will make stops on “all continents.” 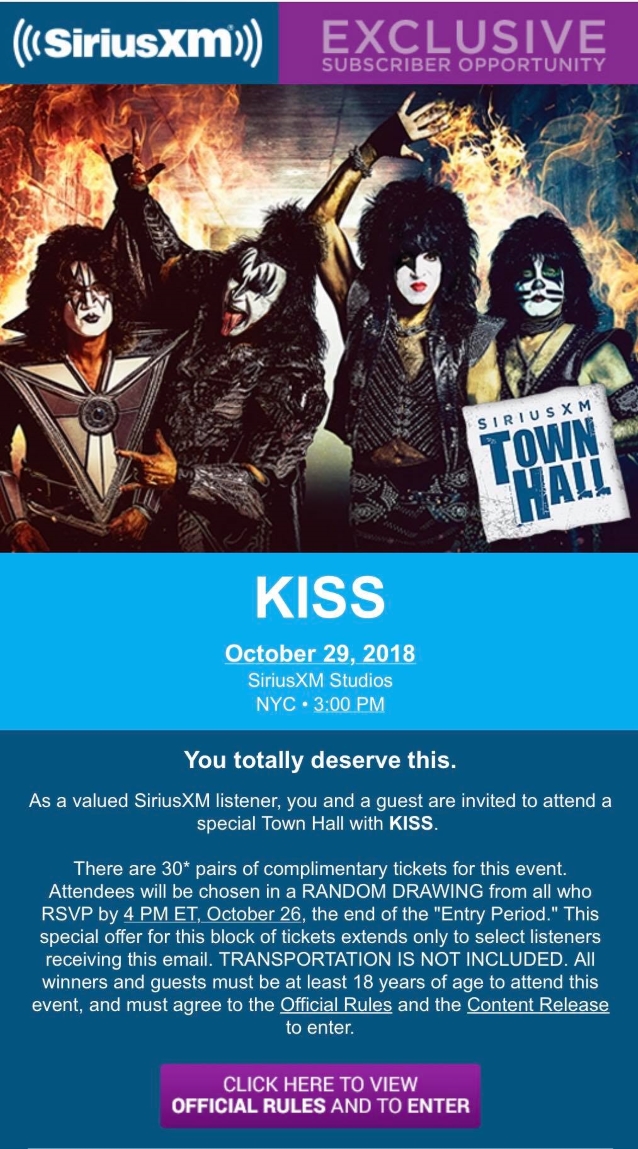