SPINAL TAP will reunite for a 35th anniversary screening of the film “This Is Spinal Tap” at the 2019 Tribeca Film Festival. The band — Christopher Guest, Michael McKean and Harry Shearer — will also perform following the screening. They will be joined by “This is Spinal Tap” director, co-writer and star Rob Reiner for a conversation to follow.

“‘Spinal Tap’ proves there is definitely a fine line between stupid and clever,” said Reiner.

“This Is Spinal Tap” was released to little fanfare in 1984 with some viewers convinced the bumbling dinosaurs — who had a knack of losing drummers in freak accidents — on screen were a genuine band. But word of mouth about the smartly observed film, which took a pop at bands such as STATUS QUO, LED ZEPPELIN and BLACK SABBATH, spread and it became a sleeper hit.

According to the Belfast Telegraph, McKean, Guest and Shearer prepared several scenes with Reiner but then ad-libbed. At the end of filming, they had more than 40 hours of footage, which was edited down to a more manageable form.

When “This Is Spinal Tap” was released, not everybody got that it was a “mockumentary.” U2‘s The Edge immediately embraced it, saying: “I didn’t laugh, I wept. It was so close to the truth.” Ozzy Osbourne didn’t understand it, saying the first time he watched it, he thought it was a real documentary. Early home video versions of the movie reportedly even had a disclaimer at the start and finish of the movie stating the band didn’t really exist. 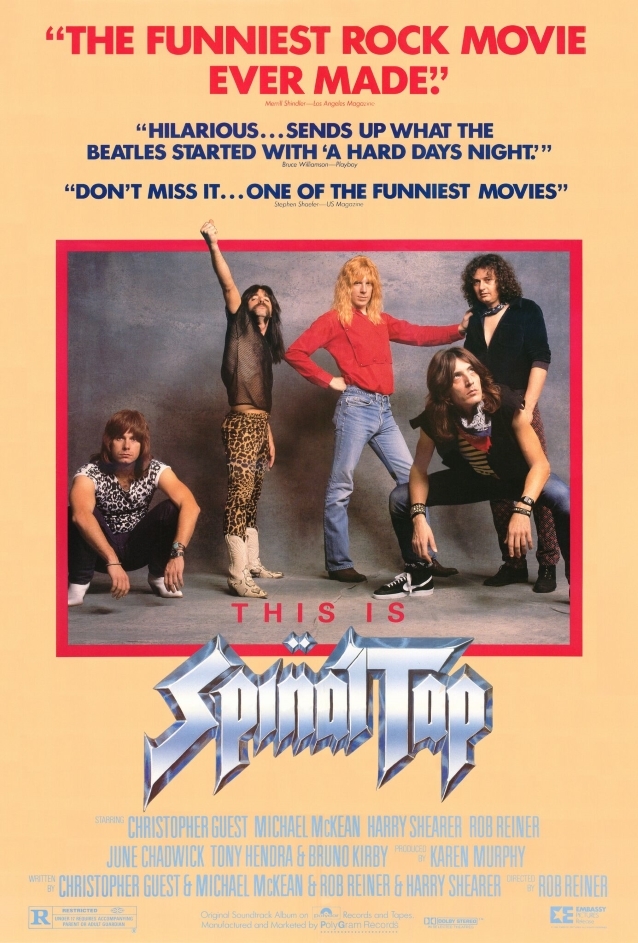