Taiwanese metal band CHTHONIC was forced to cancel a show in Hong Kong after its lead singer fail to get a visa to enter the former British colony.

The Hong Kong Immigration Department rejected the visa application of CHTHONIC frontman Freddy Lim because he did not “possess a special skill, knowledge or experience of value,” according to a letter revealed by local musician Denise Ho.

CHTHONIC was scheduled to perform with five local singers and bands on the second day of the On The Pulse Of Music festival in Hong Kong.

“Under existing policy, a person seeking to enter into [Hong Kong] for employment should, amongst other things, possess a special skill, knowledge or experience of value to and not readily available in [Hong Kong],” the letter from the department reads.

In an accompanying caption, Ho, who invited CHTHONIC to perform at the festival, wrote: “So if you do not possess skills, knowledge or experience that does not exist in Hong Kong you can’t expect to get a visa.

“Foreigners better start practicing special abilities like invisibility, shadow cloning and teleportation before they apply for a work visa.

“This is purely an exchange of music. What to be afraid of?” Ho added.

CHTHONIC responded to the rejection letter by saying that Lim was allowed into Hong Kong four years ago. The band had performed at the Clockenflap festival in 2014.

“Freddy, what special ability did you use during past performances in Hong Kong, but can’t use anymore?” the group mockingly wrote on its Facebook page. “Please help us remember what he lost besides his eight-pack!”

In January 2016, Lim was elected as a member of the Taiwanese parliament, making him the first metal star to become a parliamentarian. The new political party that he co-founded, the New Power Party (NPP), calls for Taiwan to be recognized internationally as a country.

China regards Taiwan, located 110 miles off its coast, as an integral part of its territory and wants to re-incorporate it under rule from Beijing. 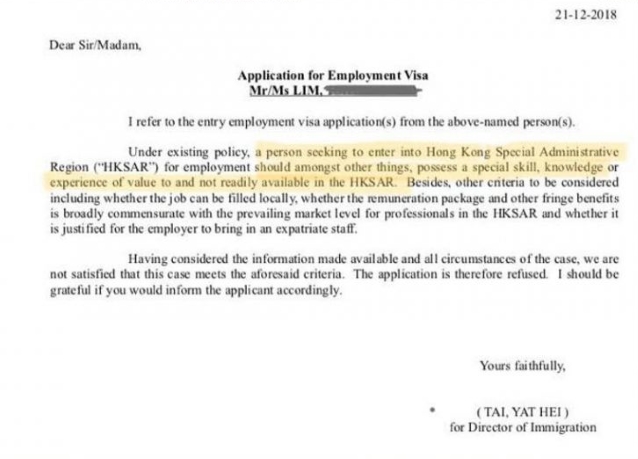