The official music video for the song “Forest Through The Trees” from former ACCEPT and BONFIRE singer David Reece can be seen below. The track is taken from Reece‘s new solo album, “Resilient Heart”, which was released on November 9 through Mighty Music. The follow-up to 2013’s “Compromise” is an LP “rich on full-blown melodic heavy metal,” according to a press release.

Reece stated about “Forest Through The Trees”: “The music for the track was composed by Alessandro Del Vecchio. We were driving late one night after we’d done a show with Ian Paice as his backing group in Yambol, Bulgaria. I’d already written most of ‘Resilient Heart’ with Marco and Martin, but I had this lyric I’d co-written with John Wilde lying around screaming to be put into a ballad, so I casually asked if Ale had anything. And when he sent the music, it miraculously set right into the music. It’s about opening your eyes and seeing beyond your nose, so to speak, and looking at things in a different light.”

Reece told Music Interview Magazine about the album: “I started writing ideas for ‘Resilient Heart’ in 2015, because I was growing weary of pop-rock, like BONFIRE, which I was in at the time. I’ve also grown tired of album-oriented rock music as a whole, because nobody, including myself, seemed to be doing anything outside the comfort box. With this album, I made a conscious effort to stay outside of the norms and do something more me.”

He also talked about the LP’s lyrics, stating: “As a lyricist, I have never been a baby-baby, whoa-whoa guy. I’ve written a few songs with clichés, but I try to write stories about what I see going on around me and in my head and heart. I wanted a fresh sound. So, when I began writing, the first two songs that seemed to be fresh were ‘Karma’ and ‘Two Coins’. When I met with Marco Angioni and Martin Jepsen Andersen, I knew it was a template of direction, which they grasped beautifully.”

Asked what sort of vocal training he has had, Reece said: “I’ve had lots of vocal training in my life and the best way to sum me up as a singer is I’m never fully satisfied. I always strive to improve. Being able to scream or sing high notes doesn’t make a singer. Being a singer is 99 percent attitude. What separates the puppies from the dogs is a real commitment to your craft.

“I rehearse daily. Another vital detail is sleep, especially while touring. I’ve stopped drinking for some time now and look and sing better as a result. I think alcohol gives you a false sense of quality. Experience is also vital, doing lots of shows and learning your strengths and limitations. There are a lot of so-called singers following the bouncing ball while making albums and I think fans can really sense that.” 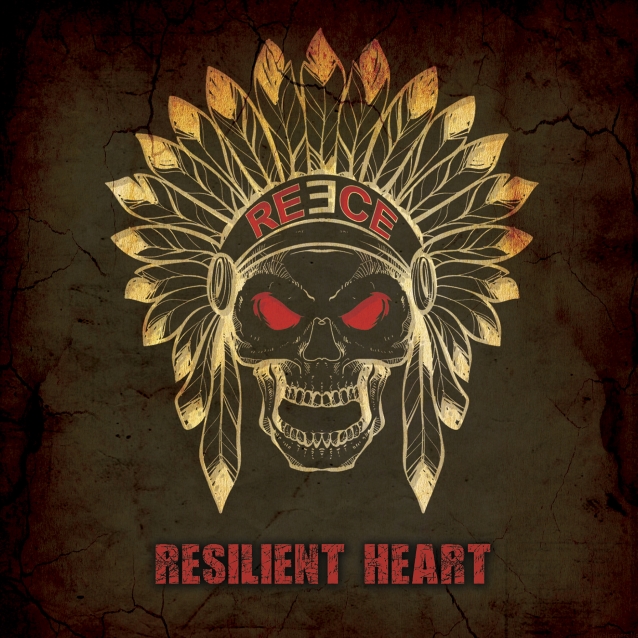