“Let’s Discuss With Lance Hall” recently conducted an interview with frontman Heri Joensen of Faroese folk metal band TÝR about their forthcoming album, “Hel”. You can listen to the entire chat below. A few excerpts follow (transcribed by BLABBERMOUTH.NET).

On whether the over five-year gap between studio albums was planned by TÝR:

Heri: “Yeah, well, it was not unexpected. We didn’t plan for the gap. We panned to take our time with the album, of course, with that, comes longer gaps. Not that we needed precisely that, but we needed a bit more relaxing circumstances.”

On whether “Hel” is the “closest to the sound of TÝR” they have gotten thus far:

Heri: “Yes, I think so. This is our most, how can I put it? Thoroughly worked-through album. We really took our time to go through all the details and get it as close to our vision as possible. I think this is the best album we could have made at the moment. We took complete control of the recording process and that really paid off because, well, we had more time. When you’re in a studio, you’re on a very tight deadline. You have to hurry, you can’t always consider the quality of the recording first. You have time to think about it. With this one, we did the recordings on our time at our home studios, so we had all the time we needed to make it as good as we wanted. That definitely made a big difference for this one.”

On whether “Hel” was a more collaborative effort for the band:

Heri: “Yes. Simply because we had more time. It was more convenient to involve Gunnar [Thomsen, bass] and [Terji Skibenæs, guitar], so we got their ideas on the table and took the best ones and put them on the album. There were six songs from Terji, one went to the ninth and will be on the next album. Gunnar had two songs for this one.”

Heri: “He’s been with us since the summer of ’16. Our cooperation has worked wonderfully. He’s precisely the right drummer for this band. He’s technically very able, but he also has a very heavy groove and plays with a real passion if you see him play live, you see it. He obviously loves what he’s doing. He’s the right combination of technical and groove for this band.”

Heri: “We’re going to go on a European headlining tour shortly after the release of the album and a U.S. headliner as well, then comes the festival season in Europe for two or three months. Then, back on tour in Europe and we have some shows in Japan, China, possibly Korea as well and Israel and that’s it. Well, there may be more, of course, but those are our plans at the moment.”

“Hel” will be released March 8 via Metal Blade Records. The disc is a collection of ruthlessly melodic and irresistibly compelling progressive folk metal that will immediately resonate with any who have followed the group at any point over the two decades of its storied career.

“Hel” was tracked entirely by Thomsen and Joensen, with sessions split between the latter’s studio in Søldarfjørður, drums laid down at Jacob Hansen‘s studio in Denmark, Skibenæs working in his home studio, and some solos and bass details recorded while they were on the road in North America. 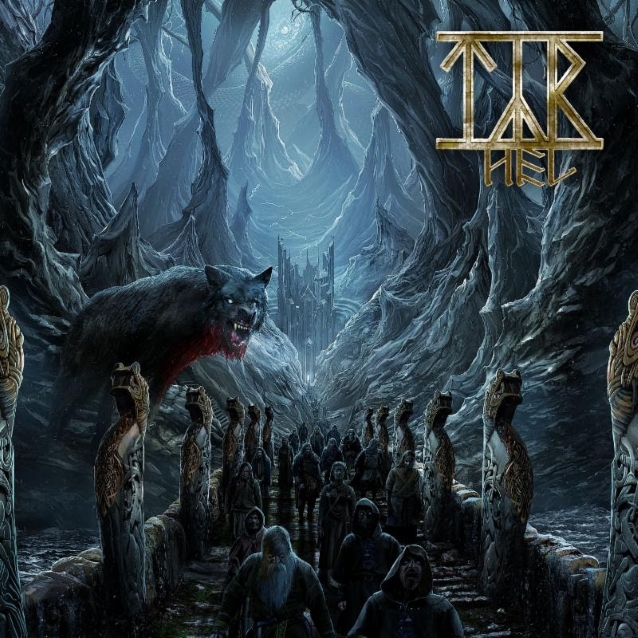