Professionally filmed video footage of SLIPKNOT and STONE SOUR singer Corey Taylor performing an acoustic version of the SLIPKNOT song “Snuff” on December 14 at Fremont Country Club in Las Vegas, Nevada can be seen below (courtesy of Backstage Bar And Billiards). He was joined during the show by CHERRY BOMBS, the all-girl dance group led by Taylor‘s girlfriend Alicia Dove. The event was a fundraising benefit for Star Treatments, a charity founded by Matt DiRito of the band POP EVIL. 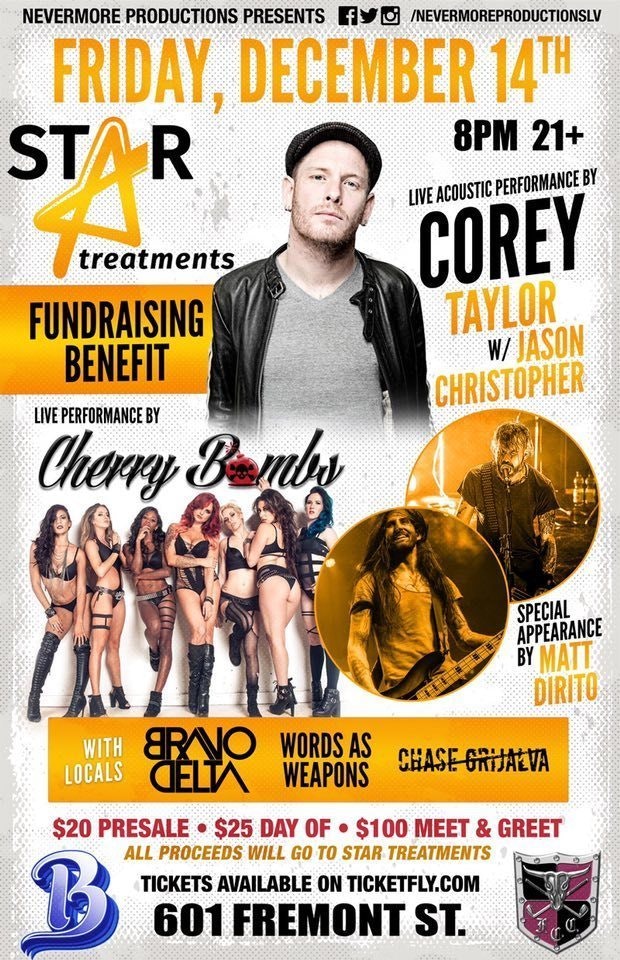