Fan-filmed video footage of ADLER’S APPETITE, the band featuring former GUNS N’ ROSES drummer Steven Adler, performing on December 30 at the Whisky A Go Go in West Hollywood, California can be seen below.

Adler‘s current solo band includes Ariel Kamin, the singer of Argentinian GN’R tribute band SON OF A GUN. Kamin replaced Constantine Maroulis of “American Idol” and “Rock Of Ages” fame, who was the vocalist for ADLER’S APPETITE for a dozen or so dates this past May, including an Australian tour.

Steven previously played with Ariel when the drummer joined SON OF GUN on stage in November 2016 in Buenos Aires, Argentina to perform several GN’R classics, including “You Could Be Mine” and “Welcome To The Jungle”.

In February 2017, Steven revealed to podcaster Mitch Lafon that he was originally supposed to appear at more than just a handful of shows on the GUNS N’ ROSES reunion trek. He claimed that he expected to play all the “Appetite For Destruction” material during the entire tour, only to be told he was out after he hurt his back during rehearsals.

Adler appeared with GUNS onstage in November 2016 in Buenos Aires, Argentina, as well as on three separate occasions during the U.S. leg of the “Not In This Lifetime” tour in the summer of 2016.

This marked Adler‘s first appearance with the group since 1990, although he performed with members of the band at their 2012 induction into the Rock And Roll Hall Of Fame.

Speculation was rampant that Adler would participate in at least a portion of the reunion tour ever since GUNS made it official in January 2016. The regular GUNS drummer for several years has been Frank Ferrer, who is also part of the current lineup. 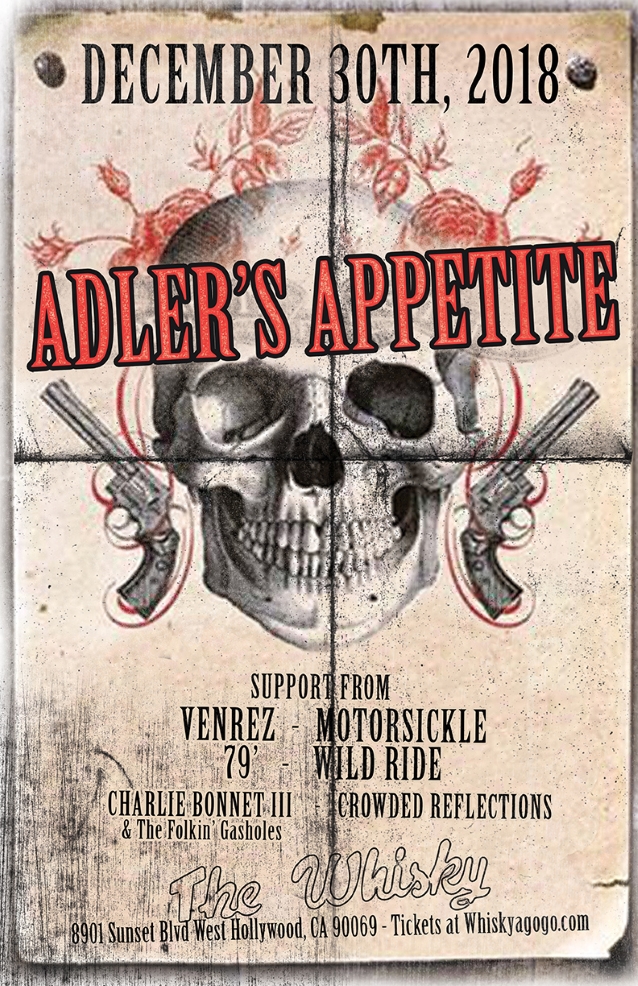