Ozzy Osbourne has canceled his headlining appearance at the 2019 edition of the Download Japan festival.

In a statement on the festival’s web site, the event organizers write: “Following Ozzy‘s recent postponement of U.K. and European tours due to ill health, the Download Japan team has been wishing for a speedy recovery in the hope that he would be able to perform at the festival. Unfortunately, however, Ozzy has been forced to cancel his appearance at Download Japan 2019 on doctor’s orders. We apologize to his fans, and anyone inconvenienced by this news.

“Ozzy, who has been suffering from pneumonia, has left the hospital, but has been told to continue to receive treatment at home for a period of six weeks. We wish Ozzy all the best for a full and speedy recovery, and a comeback show in Japan.

“We are currently working towards the announcement of additional acts for the festival. Thank you for your patience. We kindly ask for your understanding that refunds will not be issued in the case of lineup changes.”

On February 4, Ozzy was admitted to the Keck Hospital of University of Southern California amid fears he could develop pneumonia, which is potentially fatal for someone his age. His wife and manager, Sharon Osbourne, said at the time that doctors believed this was “the best way to get him on a quicker road to recovery.”

This was Ozzy‘s second stay in the hospital. Last October, the metal legend contracted a staph infection that required him to have surgery on his hand and resulted in him canceling several shows.

Last month, Ozzy was forced to postpone the entire European leg of his “No More Tours 2” run on doctors’ orders, just one day after postponing the first four dates on the U.K. stretch of the trek. The trek was called off after Ozzy was diagnosed with a severe upper respiratory infection. 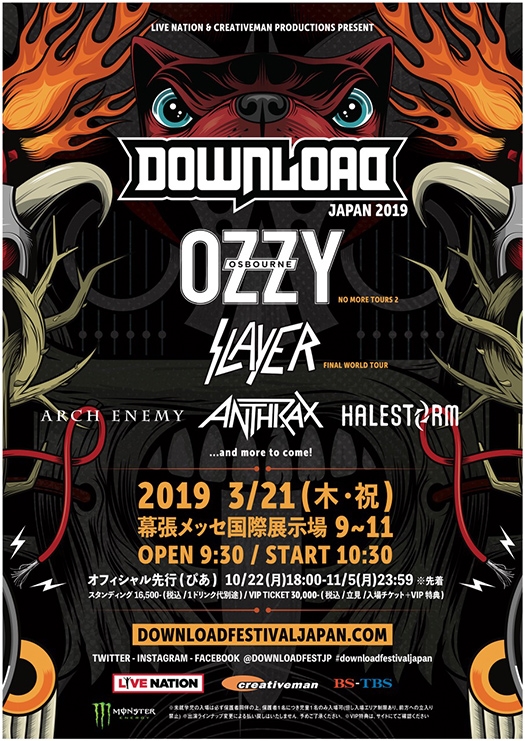