QUEENSRŸCHE's TODD LA TORRE: 'I Haven't Talked To SCOTT ROCKENFIELD In Over A Year And A Half'

QUEENSRŸCHE singer Todd La Torre says that he doesn’t know if Scott Rockenfield will ever return to the band because he hasn’t spoken to the drummer in a year and a half.

For the past 22 months, Rockenfield has been taking time off from QUEENSRŸCHE‘s touring activities to spend time with his young son, who was born in early 2017. Filling in for him has been former KAMELOT drummer Casey Grillo.

While Scott has not publicly addressed his status with QUEENSRŸCHE, it was recently revealed that the drum tracks on the band’s upcoming album, “The Verdict”, were laid down La Torre.

Todd, who has played drums since the age of 13, spoke about Scott‘s current status with QUEENSRŸCHE during a brand new interview with The Metal Voice.

According to Todd, Scott decided to step away from the road after welcoming his son in February 2017. “Everyone’ [was] happy for him, and he [wanted] paternity leave, and we totally support[ed] that,” the singer said. “You would be a fool to not want somebody to be a stay-at-home dad. Okay, we get it. So we were all about it. And then, after three, five, six months, we’re kind of saying, ‘Hey, how’s it going? We hope everything’s well. When do you think that you might be coming back?’ And we never really got a definitive answer. And so at some point, management told us that he wanted to take the rest of the year off. Okay. So, 2017, the rest of the year was off. And then, it was, like, ‘Okay. Well, what about come January of 2018?’ And I was told from management that there was no confirmation on that yet. So Casey had been filling in with us the whole time, which was only supposed to be a very temporary thing. We said, ‘Hey, can you keep playing? Because we don’t know when he’s coming back yet.’ ‘Okay.’ So he’s been filling in.”

Now, exactly two years since the birth of Rockenfield‘s son, La Torre says that he has no idea whether the drummer, who is one of the founding members of QUEENSRŸCHE, will ever rejoin the group. “I don’t talk to Scott,” he revealed. “I haven’t talked to him in over a year and a half. So I don’t know what he’s doing. I don’t know what he’s up to. I don’t know if he wants to come back, if he never wants to do it again — I have no idea. And he hasn’t made any of that known, to my knowledge, to any of us. And so when people ask, ‘Is he coming back? Is he in the band?’ I have no idea. And as frustrating as that is for the fans, you can imagine how that is for us when we don’t know anything and we can’t give an answer.”

Todd also talked about how he ended up playing drums on “The Verdict”, which will arrive on March 1 via Century Media Records. The disc was produced, mixed, and mastered by Chris “Zeuss” Harris (ROB ZOMBIE, ICED EARTH, HATEBREED) at Uberbeatz in Lynwood, Washington; Planet-Z in Wilbraham, Massachusetts; and Watershed Studio in Seattle, Washington.

La Torre said: “When I joined this band and we were writing songs for the first record [2013’s ‘Queensrÿche’], some of the guys would send me some songs and I would call Scott and say, ‘Hey, they sent me some tunes to put drums on. Is that cool? I don’t wanna step on your toes or anything.’ And he said, ‘No, no, no. It’s totally fine. Whatever keeps the process moving forward.’ And I was, like, ‘Okay. Cool.’ So I ended up doing a lot of drumming on demos, just to keep the songwriting going and shape the songs. And I did that on [2015’s] ‘Condition Hüman’ as well. And there were some things that I created that Scott loved and said, ‘Dude, I’m gonna just play it like you wrote it, because I think that’s great.’ And I was, like, ‘Wow! Awesome.’ So I always had his endorsement and support, and the band’s — they know what I can do on the drums. So, fast forward to this record, and he’s basically off the grid — family mode or whatever he’s doing — so he wasn’t involved in the writing process at all. So, of course, I did all the drums on all these songs, and when it came time to record, we were hopeful that he would at least do the record. Like, ‘Okay, you weren’t part of the writing, but here’s the songs.’ That door has always been open. And we weren’t getting confirmation about anything. And so, it reached a certain point where it was a few weeks before we had to enter the studio that was booked, and flights were booked for me and Zeuss to get out to Seattle and start doing this, and there was no confirmation [from Scott]. And so finally, in a nutshell, he basically gave the band his blessing to record without him. It was, ‘I wish you all the best to do that, to record.’ ‘Okay.’ So I just said to the guys, ‘Listen, I wasn’t planning on doing this.’ And yeah, I wrote the drum parts on the demos, but I didn’t craft every little part, thinking… I wasn’t gonna spend too much time when I knew Scott would go in and do his magic in there. So we had an electric kit and we started pre-production apart, and I was playing with the guys, and that was really where Zeuss was able to see what I could actually do on a real drum set. ‘Cause a lot of people program stuff, and you don’t know if they can really play. So we decided, ‘Listen, Todd is totally capable and qualified. He’s in the band. We’re not hiring an outside guy.'”

According to Todd, QUEENSRŸCHE never seriously entertained the idea of recruiting an outside drummer to play on “The Verdict”, which will mark the band’s third full-length release with him on vocals, following the departure of Geoff Tate in 2012.

“Some people ask, ‘Well, how come you didn’t let Casey do it? He’s a phenomenal drummer, and he’s been your touring drummer,'” La Torre said. “And the truth of the matter is, at that point, he had only been drumming with us for… I don’t know… five, six months, or whatever it was. And he was not involved in the writing process, and we certainly wouldn’t have thought that was nice or fair to do to Scott — to bring in an outside drummer to start doing drums — because we thought Scott would at least be recording on the record. So that’s another reason why Casey wasn’t involved with that. And, in all fairness, I did tour with Scott for five years. I did two records with him. He and I had great times on the drums. He would show me things, and I would be, like, ‘Hey, check this out,’ and I would show him some things that I liked. And so I think that I have the best grasp on what it means to craft drum parts for the band that make sense. I’m a little bit more of a metal drummer in some ways, where I would do more hands and foot work on fills that is not in the QUEENSRŸCHE style. So when we did this record, I just had to be very mindful of, ‘Okay, Scott wouldn’t do that here. What would he do that makes sense?’ And there’s probably 90 percent of all the fills and things that I do where I could directly reference you to another song and say, if this isn’t the fill, it’s a minor tweak of that fill… I think, honestly, if you didn’t say to anyone that it wasn’t Scott, I don’t think they would really know. I really don’t.”

QUEENSRŸCHE‘s spring U.S. headline tour with special guests FATES WARNING will kick off on March 2 in Orlando, making stops in major markets such as New York, Atlanta, Chicago, and Los Angeles, and will wrap on April 3 in Seattle. THE CRINGE will join both bands on select dates. 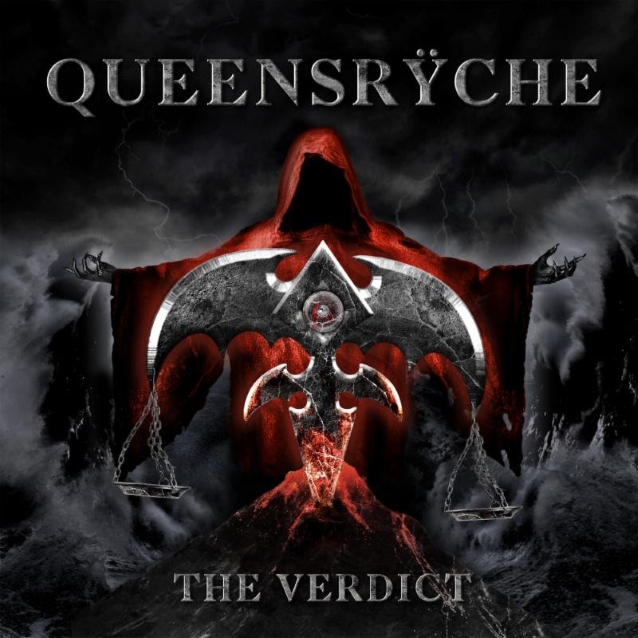 QUEENSRŸCHE's TODD LA TORRE: 'I Haven't Talked To SCOTT ROCKENFIELD In Over A Year And A Half'
Tagged on: HRRL
tom lats February 2, 2019February 2, 2019 Rock News