David Coverdale has once again said that he is not planning to retire anytime soon, despite his previous comments.

Back in 2016, the WHITESNAKE leader announced that he was looking to pull the plug on his career after touring in support of “The Purple Album”, the 2015 tribute record to Coverdale‘s time as the lead singer for DEEP PURPLE.

But now Coverdale, who will release a new album with WHITESNAKE this spring, says that he has no intention of discontinuing his touring activities.

“Well, I wanna keep going,” he told SiriusXM’s “Trunk Nation”. “It’s the passion. I really felt that we owed the WHITESNAKE fans a new original record. That was very primary on my thought process of doing this. But, yeah, obviously, I’m 67 years old now. But I had a blast out there.

“The guys were telling me — and they certainly don’t have to — [they] were very complimentary about my performances through last summer. It’s really up to me to stay as healthy and as in shape as I can. It was hard to get into shape for me regarding what I’ve been through and my body had been through at my age in 2017, but I so love performing. You’re gonna have to get me off with one of those shepherd’s crooks — pull me off to the side. But, yeah, I’m very reinvigorated, energized and very inspired to give it everything I have. For how long, I don’t know.”

Coverdale also talked about his heavy touring schedule for 2019, including a U.S. trek that is scheduled to launch in early April.

“I had both knee replacements after suffering years of debilitating arthritis,” he said. “And I only went out for two months last year — with my friends FOREIGNER and Jason Bonham — to see how they worked. I didn’t dare commit to a world tour that particular time. And, thankfully, they worked perfectly. And blessings on my doctor, Brad Penenberg. I just spoke to [ex-WHITESNAKE bassist] Marco Mendoza this morning. He’s gonna be doing something soon. [I was] giving him a good talking up, that Brad Penenberg is the absolute best. Steven Tyler sent me to him. We’re all getting those issues. But I’m really excited to be going out and doing full shows. It’s gonna be a ridiculously busy year for us. We’ve got that month-long U.S. tour, which was a total surprise to me, ’cause we toured so recently. But promoters were very, very high on the idea of it. And then we’re over to Europe.”

In April 2016, Coverdale said that he was “looking at retiring” the following year, on the 30th anniversary of the band’s self-titled 1987 album. But he later admitted that “it was kind of a foolish thing for me to say.” He also credited the the tour in support of “The Purple Album” with “re-energizing” him. “I was totally honest. I thought, ‘This is probably it,'” he said. “But I had an incredibly good time on tour with my musicians. It just makes it more inspiring to look at the future with these guys. I have no desire to hang up my rock ‘n’ roll sneakers just yet.”

WHITESNAKE‘s new studio album, “Flesh & Blood”, will be released on May 10 via Frontiers Music Srl. Joining the singer on the disc are Reb Beach and Joel Hoekstra on guitar, Michael Devin on bass, Tommy Aldridge on drums, and Michele Luppi on keyboards. 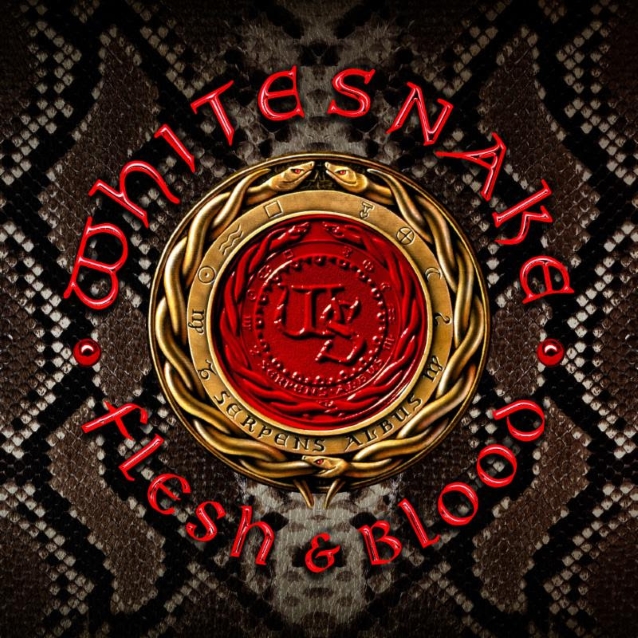