Swedish-born multi-instrumentalist Tim Sköld, the creative force behind his namesake industrial metal project, has been one of few lasting Swedish music exports since the 1980s as frontman for one of that country’s earliest and more successful metal bands, SHOTGUN MESSIAH. After the suspension of that outfit in the mid-90s, Sköld struck out on his own and released the debut album for his industrial metal project, the self-titled SKOLD album, in 1996. The album was hailed as a triumph with songs such as “Chaos” and “Hail Mary” landing in major motion pictures as well as mainstream video games. Since then, Sköld has gone on to work in a numerous other major bands, becoming a member of KMFDM and MARILYN MANSON as well as playing live with Taime Downe‘s THE NEWLYDEADS and Nivek Ogre‘s OHGR, all the while composing, performing, and producing for other artist, for example MOTIONLESS IN WHITE, as well as several SKOLD albums.

Now, hot on the heels of 2016’s “The Undoing”, SKOLD is teaming up with powerhouse indie label Cleopatra Reords to release the much-anticipated brand new studio album, “Never Is Now”. The effort contains 15 all-new tracks of driving rhythms, vicious guitar riffs, and scintillating synths to create a thrilling listening experience perfect for fans of industrial and electronic-tinged metal. The album will be available on CD in a digipak and on a special limited-edition clear double vinyl package everywhere starting April 5. 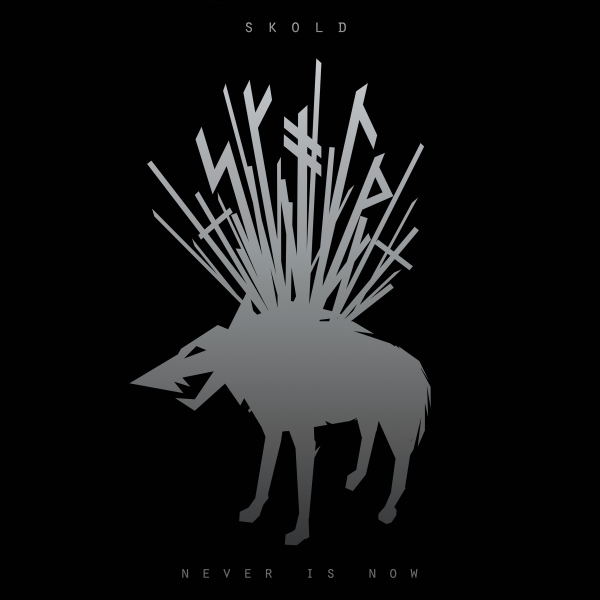